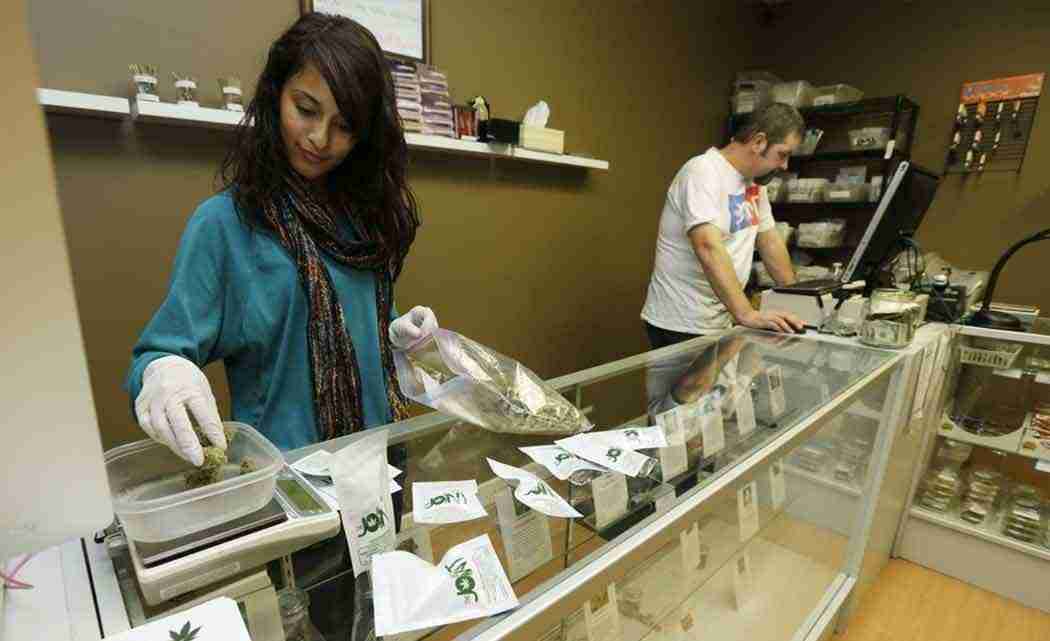 CHICAGO (AP) _ When retailers open state-approved medical marijuana shops in Illinois later this year, they will face a distinct disadvantage in luring prospective patients across their thresholds: Marijuana will always be cheaper on the black market.

Think cannabis-infused premium chocolate. Well-lit display cases that showcase buds as if they were jewelry. Informed employees who can guide each patient to the best strain for their needs.

Dispensary owners in Illinois are thinking, too, about Tupperware-style education parties, spa-like interior design and good old-fashioned customer service _ all ways to beat out their fiercest competitors: underground dealers.

As the state’s pilot program lurches to life with the first marijuana expected to be sold in the fall, businesses are studying the strategies of veteran players in Colorado, Washington and California during site visits and trade shows.

Patient numbers have been low, with only 2,300 people gaining state approval so far. Some have complained about the fingerprint requirement to get a patient card, and others have said they’d rather stick with dealers who may also be their friends.

How to lure the latter away from the black market is on the mind of Gorgi Naumovski, whose company, KPG, holds permits to open dispensaries in the southern Illinois cities of Anna and Harrisburg.

“When they buy marijuana on the black market, it’s not tested, they don’t know where it’s coming from,” Naumovski said. “When they come to a dispensary, it’s gone through a process. It’s been tested, it’s been certified. They know what they’re getting.”

There may be a menu of strains, he said, with different potencies and balances of CBD, the component said to give marijuana its medicinal properties, and THC, the psychoactive ingredient that makes people feel high.

“Is this going to put me on the couch, or help me clean the house?” Aaron Varney, co-director of Dockside Cannabis in Washington state, said in paraphrasing what a customer might want to know.

Most Americans prefer to buy marijuana from legal sources, said George Jage, president of Marijuana Business Media, which sponsored a trade show in Chicago that closed Thursday. It drew 2,100 attendees from 42 states, including 259 people from Illinois.

“Last year was also the year that marijuana went mainstream in America with it becoming more socially acceptable and increasingly more available to many Americans,” Jage said.

California attendee Tom Hymes agreed. “I’m a family man. I’m a normal person,” Hymes said. “It was thrilling for me to get my medical marijuana card…. I think there’s a natural incentive for people to go that route. What will inhibit that is making it an unpleasant or unwelcoming experience.

While black-market prices vary widely and are hard to track, experts at the trade show pointed to a crowd-sourcing website that collects anonymously reported prices as the best general estimates. According to the site, high-quality marijuana sells on the Illinois black market for about $350 per ounce. Legal dispensaries must charge more to cover overhead and a 7 percent privilege tax assessed on commercial growers and passed along to retailers.

Dispensaries should charge more, otherwise they’ll risk their customers reselling the product on the black market, according to Patricia Rossi of Wellness Connection of Maine, that state’s largest medical marijuana group. That’s what happened to her.

“We started having a strong suspicion that what we viewed as a compassionate pricing strategy was actually feeding diversion on the black market,” Rossi said during a panel discussion at the Chicago trade show.

Varney, during the same panel, said he’s started hosting Tupperware-style parties in his stores to appeal to customers who want to learn more about the products with friends after work. Recreational marijuana is legal in Washington state.

“People expect to be able to use a credit card or debit card. But because of the ecosystem that exists right now, it’s not a possibility,” said Isaac Wechter of Chicago-based Sky Processing, which has ATMs in 70 medical marijuana dispensaries across the nation. “I don’t think it’s easier, but it’s legal. It’s a heck of a lot more convenient than going to jail.”

Interior design is also important. Naumovski’s company is contracting with Massachusetts-based MariMed Advisors to use their dispensary model Thrive, marketed as “a high-end dispensary experience.”

Previous post Hewlett-Packard sells stake in Chinese unit for $2.3B