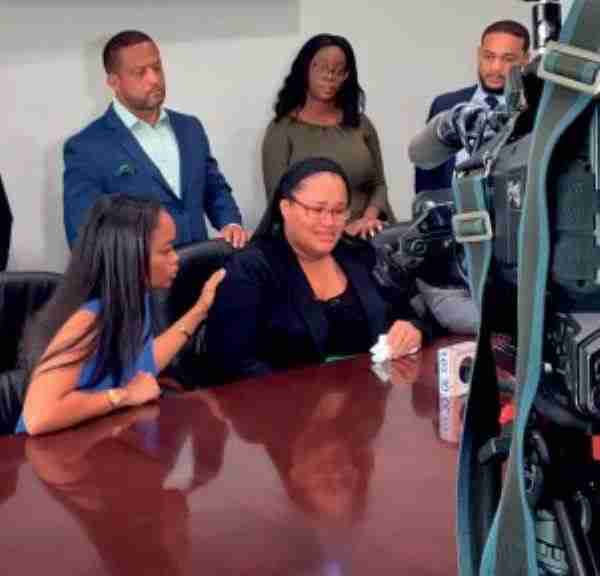 Jacksonville, Fla. (AP) _ The mother of a 6-year-old Jacksonville girl who was removed from her classroom and taken to a behavioral health center wants answers from the school system. Martina Falk and her lawyer Reganel Reeves talked to news outlets on Monday morning regarding the incident that took place at Love Grove Elementary School on Feb . 4.

Falk said her daughter, who has ADHD and a mood disorder, was sent to River Point Behavioral Health Center under Florida’s Baker Act. She said the girl was handcuffed as she was taken from the school, but the sheriff’s ofﬁce and Duval County school ofﬁcials deny that the child was handcuffed.

Falk said she was told the child had a meltdown and was pushing over chairs, screaming and running from the teacher.

An incident report said the school’s social worker said the child was “a threat to herself and others.”

Sheriff’s ofﬁcials said the child was escorted “calmly” out of the school, holding hands with principal Tiffany Emanuel-Wright and a Jacksonville ofﬁcer.

If that was the case, Reeves wondered why she was taken to a behavioral center.

“If she didn’t need to be handcuffed then why did she need to be Baker Acted in the ﬁrst place?” Reeves said. “At some point by their admission she was calm and she must’ve been calm enough that her mother should be been able to pick her up. There were alternatives in this situation. Giving her drugs and putting her in seclusion was not.”

Falk said she wasn’t able to see her daughter for days, and that she’s been “traumatized completely” by the incident, the Florida Times-Union reported.

“When I went to see her, she was so drugged up she couldn’t even recognize me. She didn’t know who I was.” Falk said. “She kept saying `mommy, I want to go home.’ The hospital said she was so uncontrollable _ of course, she’s 6-years old.”

Falk said her daughter was diagnosed with a mental disability.

“She is not like other kids,” Falk said. “She looks normal, but she is not normal … I want my daughter to have an education just like everyone else. I’m hurting so bad right now.”

Next post Abortion measure clears another key hurdle in Florida