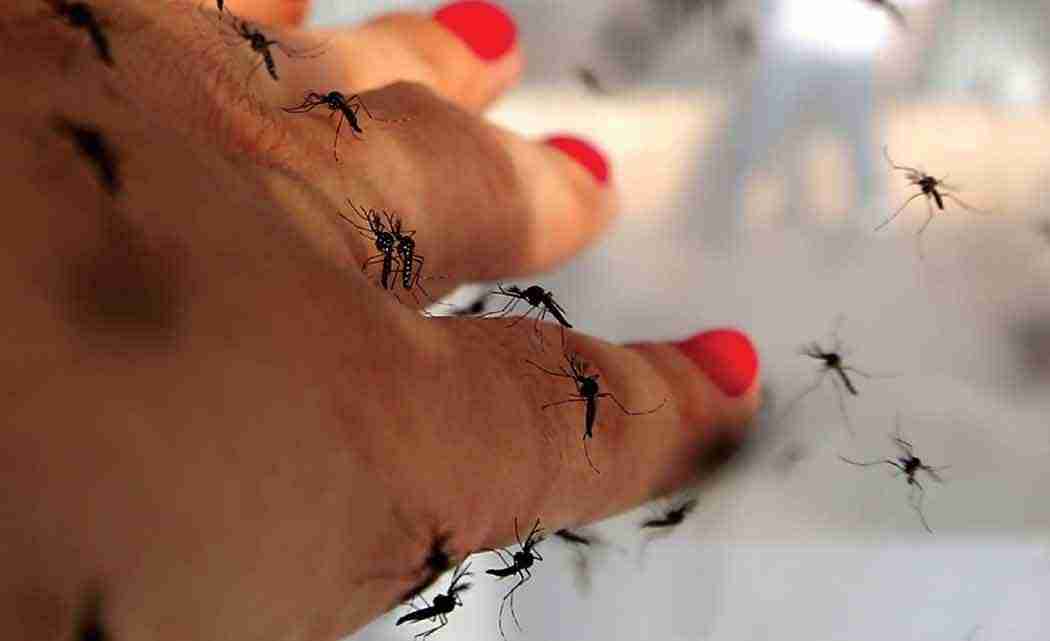 They buzz past your ear while you sleep. They swoop past the TV screen while the family is watching in the evening. They may circle your ankles outside the front door.

They are Aedes mosquitoes, a little black variety of biters with white spots that are common summer nuisances but also can carry serious diseases. In South Florida, they live in close proximity to humans, even inside the house.

Aedes mosquitoes are in the spotlight because they can spread the tropical viruses called chikungunya (pronounced chicken-GOON-ye), dengue fever, West Nile virus and other diseases that have appeared in Florida recently. The number of cases is small, but the diseases can be serious if untreated.

As summer rains increase, Aedes and other mosquitoes are breeding in larger numbers. While you can’t eliminate them, you can minimize their presence.

“Everyone should be aware of mosquitoes and take steps to protect themselves,” says Dr. Paula Thaqi, Director of the Florida Department of Health in Broward County. “The best way to do that is to avoid being bitten by mosquitoes. We recommend a practice called Drain and Cover.”

Drain standing water in and around the house. Eliminate even puddles because Aedes can breed in containers as small as a bottle cap.

Cover yourself and the openings in your home. If outdoors when mosquitoes are active, wear shoes, socks, long pants and long sleeves. You may spray bare skin and clothing with repellent (make sure it contains DEET, picaridin, oil of lemon eucalyptus or IR3535). Close windows and doors, and repair damaged screens.

As of June 1, no Floridian had contracted a mosquito-borne illness this year unless they were bitten in another country. Last year, however, 11 Floridians were infected with chikungunya from local mosquitoes (seven in South Florida), six contracted dengue fever locally (all in Miami-Dade County) and 16 contracted West Nile virus (none in South Florida).

Chikungunya did not appear in the Western Hemisphere until 2013 but spread quickly in the Caribbean and Florida last year. It spreads when a mosquito bites an infected person, gets the virus and then bites someone else.

To report mosquito infestation: In Broward County, 954-765-4062 or www.broward.org/Streets/Mosquito/Pages/MosquitoSprayRequest.aspx. In Palm Beach County, 561-967-6480 or www.pbcgov.com/erm/mosquito/servicerequest.htm. In Miami-Dade County, 311 or http://miamidade.gov/wps/portal/Main/reportproblems.