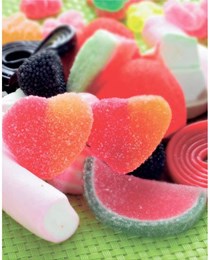 News outlets report students between the ages of 10 and 11 from Renaissance Charter School at Cooper City were hospitalized Friday. News outlets say the students were expected to be released Friday.

A statement from school spokeswoman Colleen Reynolds says a student “inadvertently” brought in THClaced candy in a package similar to a popular sour candy and shared it with their friends. Reynolds says EMS and law enforcement were immediately contacted.

Sheriff’s Sgt. Donald Prichard said no criminal charges were filed Friday, but the investigation is ongoing.