No chicken fingers here: Eatery has gourmet menu for kids 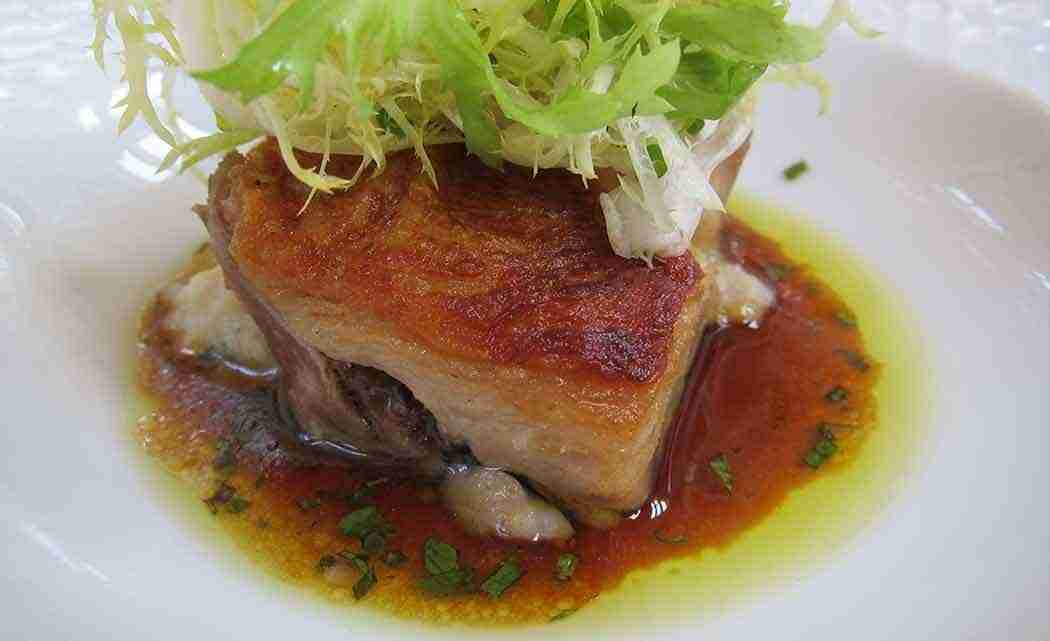 CLIFTON, Va. (AP) _ On the second floor dining room of Trummer’s on Main in historic Clifton, Va., executive chef Austin Fausett greets a table of guests and begins to walk them through the tasting menu.

“To start, we’ve got a miniature smoked trout amuse-bouche, which is a little crispy bite of smoked trout. And then we’re getting a smoked mozzarella arancini with escabeche.”

The guests sit quietly and listen to the four additional plates the chef describes.

“Another Coke, sir?” a waiter asks one of the diners.

“Sure,” replies 12-year-old Austin Tengesdal. He takes a bite of the smoked trout hors-d’oeuvre placed on the white linen tablecloth in front of him. “Mmm, it’s good,” he says, as he reaches for the second roll on his plate.

In the six years since it opened, Trummer’s on Main has earned a reputation among D.C. diners for its locally sourced ingredients, carefully prepared seafood and innovative tasting menus. But these days, the dining establishment is catering to a new clientele with its tasting menu designed exclusively for children.

“So many times you have chicken tenders, you have cheeseburgers and maybe a bowl of pasta. We wanted to take that further and offer more to our guests and to our families . to try to offer healthy alternatives for the kids,” says Fausett, who designed the menu.

“The idea is to introduce (kids) into some new ingredients, while still finding textures and flavors that work well for their palate, and exposing them to this type of dining and just the natural progression where our meals go from lighter fare to heavier.”

The concept for the five-course Petit Gourmand project stemmed from the personal experiences of owners Victoria and Stefan Trummer. With two kids under 5, the Trummers say dining out can be a challenge for the food-focused family. For starters, not all restaurants accommodate kids, and many that do don’t offer healthy or compelling options.

“It’s a way for both parents to be able to enjoy a tasting menu with their kid, but also for kids to be able to get involved in that and eat real food,” Victoria Trummer says. “There are no chicken fingers or French fries or mac and cheese. And I think all kids eat those things at some point in their life, but that shouldn’t be all that they eat when they go out.”

Claudia Tengesdal, 14, says if there was one food she could eat for the rest of her life, it would be cheeseburgers. Her brother, Austin, says he would go with boneless chicken wings. But that doesn’t stop the siblings from sampling chef Fausett’s next course.

Claudia lets out a quiet, but enthusiastic, “yes.”

“You said `yes.’ Is salmon one of your favorite foods?” the chef asks.

“Awesome,” Fausett says. “Can I ask what your least favorite food might be _ just out of curiosity?”

Claudia thinks. “I don’t know . improperly made Brussels sprouts are not good.”

Fausett laughs and goes on to explain the tasting plates he prepared for Claudia and Austin’s parents, who are also seated at the table. Their plates are piled with a pan-roasted Maryland monkfish with a chorizo and clam ragout.

Owners Victoria and Stefan say another reason they created the Petit Gourmand menu is so parents who want to order the restaurant’s regular tasting menu can do so without worry that their children will get bored during the approximately 90-minute dining experience.

“If it was one dish and my son sat with one dish for an hour at dinner, he would be bored of it,” Victoria says. “But if you keep bringing him new things, it’s something else to get him excited or get his attention.”

Claudia and Austin’s mother, Erin Tengesdal, says from the time her kids were young, she’s tried to introduce them to foods that aren’t necessarily categorized as kid-friendly.

“I think that was one of the best things we did for us to be able to dine out, is to have them eat food that we want to eat,” she says. “We’re all very busy, so we don’t always get to have dinners together. When we do, it’s nice to . sit around the table and talk and enjoy great food together.”

And that is exactly how the evening went. In between bites of smoked trout, Virginia ham, Emmentaler cheese and turnips, the Tengesdal’s filled their Thursday-night dinner with conversation about class schedules, sports practice, dance competitions and homework – all before the main course arrived.

But when the beef shortrib stroganoff and homemade papardelle pasta came out, Austin took a break from sharing stories with his family and dug right in.

“Mmm . the beef is so tender,” he said after the first bite. “The sauce is really creamy and the noodles are fresh,” he said after a second. To wash it down, he took a sip from a fresh pomegranate-and-lime juice pouch, which Stefan Trummer designed to look like a Capri Sun.

Hearing this feedback is one of Stefan’s favorite parts of the Petit Gourmand project.

“What is actually funny, and what I really enjoy, is that . the kids are the real critics. They don’t sugarcoat anything. If they like something, they tell you. If they don’t, they tell you as well. As an adult chef, you need a much thicker skin. It’s like the toughest critic you can have.”

Both Claudia and Austin tried every dish on the seasonally rotating tasting menu, and that didn’t surprise Fausett. He says the key to coming up with items for the menu is to choose flavors that are familiar to kids and find a way to incorporate them in a more refined dish.

“These are all flavors that kids like, and we’re just presenting them in a new way that involves them a little bit more and shows them what’s next in their dining lives,” he says.

However, one dish needs very little refining, and that is dessert, because Chef Fausett’s option is one that pleases most every kid: a bowl of ice cream, served with all of the toppings for a make-your-own sundae, including hot fudge, salted caramel sauce, mini marshmallows, sprinkles, chocolate malt balls, Captain Crunch, skittles and the finishing touch:

“Who wants some whipped cream?” the chef asks after delivering the sundaes.

Austin’s mouth is so full of ice cream he has to nod in response.

“You gotta say `when,”’ Fausett says, as he squeezes the homemade cream into Austin’s already overflowing bowl.

After the sundae bowls are scraped clean, Claudia and Austin sit back in their chairs and wait for their parents to settle the bill.

“That was like one of the best meals I’ve ever had. “ Claudia says.

The siblings go through the dishes and name their favorites, commenting on the salmon, the fried rice balls and the trout. And while it’s obvious they enjoyed aspects of every course, the favorite is unanimous: the ice cream.

Even if the Tengesdal children left the dinner table with more open minds and more refined palates, they still left as kids.