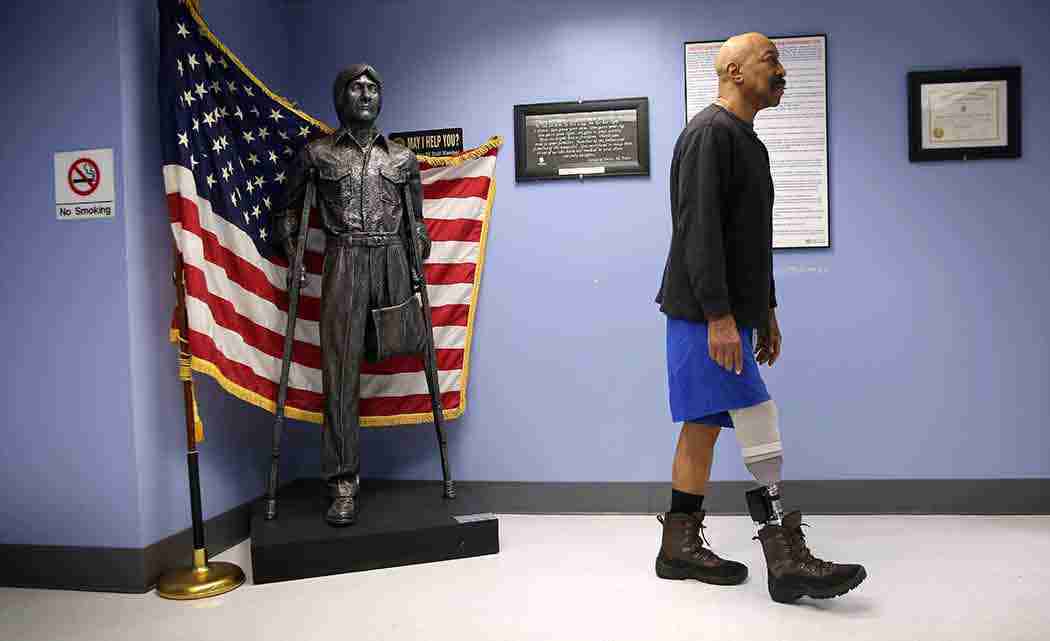 By JIM KUHNHENN and JOSH HOFFNER

PHOENIX — President Barack Obama is making a first-time visit to the Arizona veterans’ hospital that triggered a national examination into how the government cares for its former service members to get an appraisal on the health system’s progress and its lingering needs.

Obama will travel to Phoenix on Friday to draw attention to the Veterans Affairs Department response to widespread mismanagement where VA workers falsified waiting lists to conceal chronic delays in care.

The visit comes amid questions from lawmakers who say veterans are still not benefiting from changes in the law that were meant to improve their access to care. A month ago, Obama drew criticism for traveling to Phoenix without stopping at the VA hospital.

Joined by the new VA secretary, Robert McDonald, Obama is expected to meet with veterans, VA employees, veterans’ groups and elected officials, including Sens. John McCain and Jeff Flake, the two Republican senators from Arizona. McCain has been especially critical of the administration’s response to the VA’s troubles.

The White House defended the VA’s actions to correct problems.

“Long after it fades from the headlines, this is something a lot of people have been working on and that he president feels strongly about,” White House spokesman Eric Schultz said.

The White House said Obama would announce the creation of an advisory committee to address ways to improve the VA’s service to veterans. The committee would consist of representatives from the private sector, veterans’ organizations, government, health sciences and academics.

Friday’s visit comes at the end of a two-day West Coast trip by Obama. He was in Los Angeles on Thursday attending a Democratic Party fundraiser and taping an appearance on ABC’s late-night show “Jimmy Kimmel Live.”

An administrative judge concluded Helman was not at fault over delays in care and secret waiting lists, but determined the agency was justified in firing her because she accepted improper gifts from a health care organization.

The Phoenix office brought a respected former director out of retirement to take controls of the office for a one-year assignment. Glen Grippen told an Arizona legislative panel this week that the Phoenix office has hired 320 new staff since January 2014, is opening three new Phoenix-area clinics and is preparing to remodel its main Phoenix hospital.

But the doctor who sounded the alarm on problems with the Phoenix VA and helped bring about the changes said he is still frustrated about what he sees as a slow pace in reforms being carried out. He said McDonald has a nearly impossible job.

“If I ask you to go out and lift a 10,000-pound boulder and you go out and give it your best and can’t do it, does that make you a bad guy? No. The boulder was just too big for anyone to lift,” Dr. Sam Foote told The Associated Press on Thursday. “And that’s somewhat of the situation that they’re in.”

Foote retired from the VA before bringing the allegations to light.

Congress approved a sweeping law last year to overhaul the VA and appropriated money to make it easier for veterans to get VA-paid private health care. It also limits the time VA employees have to appeal firings for alleged wrongdoing.

Rep. Jeff Miller, R-Fla., chairman of the House Veterans’ Affairs Committee, complained Thursday that “the vast majority of this money remains unspent and the expanded accountability authority has rarely been used.”

Next post U.S. at odds with Google on computer search-warrant proposal