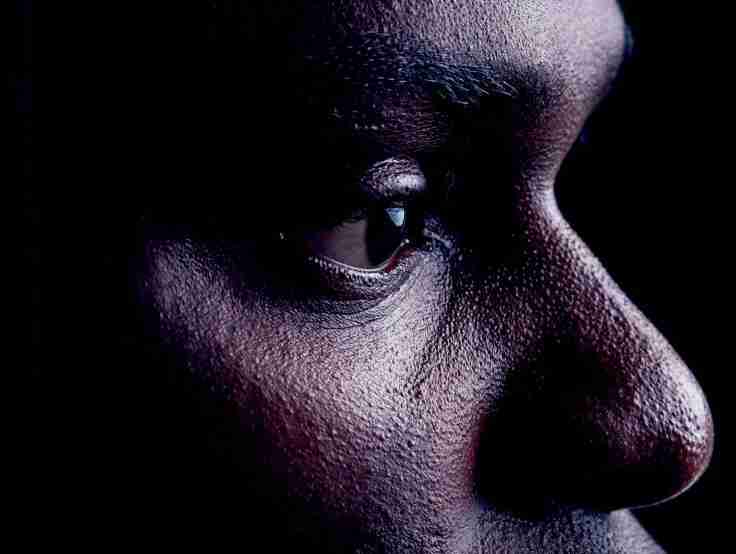 Chicago – Jasmin Pierre was 18 when she tried to end her life, overdosing on whatever pills she could ﬁnd. Diagnosed with depression and anxiety, she survived two more attempts at suicide, which felt like the only way to stop her pain.

Years of therapy brought progress, but the 31-year-old Black woman’s journey is now complicated by a combination of stressors hitting simultaneously: isolation during the pandemic, a shortage of mental health care providers and racial trauma inflicted by repeated police killings of Black people.

Health experts have warned of a looming mental health crisis linked to the coronavirus outbreak, and the federal government rolled out a broad anti-suicide campaign. But doctors and researchers say the issues reverberate deeper among Black people, who’ve seen rising youth suicide attempts and suffered disproportionately during the pandemic.

“There has been a lot of complex grief and loss related to death, related to loss of jobs and loss of income,” said Sean Joe, an expert on Black suicides at Washington University in St. Louis. “There’s a lot of hurt and pain in America going on right now, and you only are getting a sense of depth in the months ahead.”

Suicides overall have increased. Roughly 48,000 people in the U.S. died by suicide in 2018, with the rate increasing 35% since 1999, according to the Centers for Disease Control and Prevention. Suicide is the 10th leading cause of death among all ages. For ages 10 to 19, it’s second after accidents.

The rates of suicides and suicide attempts for Black adults have trailed white and Native American adults. But newer research shows an alarming rise in Black young people trying to take their own lives.

Suicide attempts rose 73% between 1991 and 2017 among Black high school students while suicidal thoughts and plans for suicide fell for all teens, according to a study published in November in the journal Pediatrics. The ﬁndings, including troubling suicide trends among Black children, prompted the Congressional Black Caucus to issue a report in December deeming the situation a crisis.

Suicide risk factors include a diagnosis like depression or trauma or having a parent who died by suicide. Many factors are ampliﬁed for Black families, who often face higher poverty rates, disproportionate exposure to violence and less access to medical care.

The pandemic has heightened the disparities.

Black people are dying from COVID19 at higher rates, leaving them to grieve more in isolation with restrictions on funerals and gatherings. Added to the mix is a national reckoning with racism after George Floyd’s killing.

“Dealing with racism and stereotypes and all the inequity that we have to face, it’s bandaged up,” said Arielle Sheftall, an author of the Pediatrics study. “It feels like the bandage is ripped off and everybody is looking at it and staring at it, and we are bleeding profusely.”

Part of the problem is the study of suicide remains largely white, with little race research. There’s also been a misconception of suicide as only a “white problem.”

Michigan psychologist Alton Kirk was among the ﬁrst to study Black suicides in the 1970s, outlined in his 2009 book, “Black Suicide: The Tragic Reality of America’s Deadliest Secret.”

“When I ﬁrst started, a lot of Black people were in denial about suicide,” he said. “We had suffered enough. We survived slavery and segregation and all this other stuff. They almost saw it as being a weakness.”

While many attitudes have changed, obstacles to health care persist.

For one, there aren’t enough mental health professionals. Also, treatment has traditionally been based on white experiences, potentially leaving some clinicians unprepared.

“You’re already starting at a different point because you spent your life ﬁghting back racism,” said Tia Dole, the organization’s chief clinical operations ofﬁcer. “People are walking around with a half-ﬁlled tank of emotional resources because of their identity.”

Kiauna Patterson, who graduated from Pennsylvania’s Edinboro University this year, tried to end her life in 2018 as she felt pressure from school and working three jobs to help support family.

Since losing university health care, she meditates daily and focuses on her goal of becoming a doula. “You don’t really know what’s going on or what’s going to happen,” she said. “You’re taking Pierre, who uses her experiences to counsel others, doesn’t want people struggling alone. She created

Others are also trying to ﬁll care gaps.

Donna Barnes, who runs the National Organization For People of Color Against Suicide, plans a free online support group. After losing her son to suicide in 1990, she noticed a lack of resources for Black families and started the organization.

“It took me four years before I could smile again,” Barnes said. “It wasn’t easy. My friends and family didn’t know what to do with me.”

The Rev. Otis Moss III used a recent podcast to discuss his sister’s suicide, which occurred before his wedding in the 1990s.

He called it an effective medium as people remain isolated with services canceled. Moss said it took years to talk openly about his sister’s schizophrenia and to stop blaming himself.

“It is an appropriate time to let people know there are many people who are walking the same road they are walking,” he said. “I found how to punch holes in the darkness and witness light shine through.”