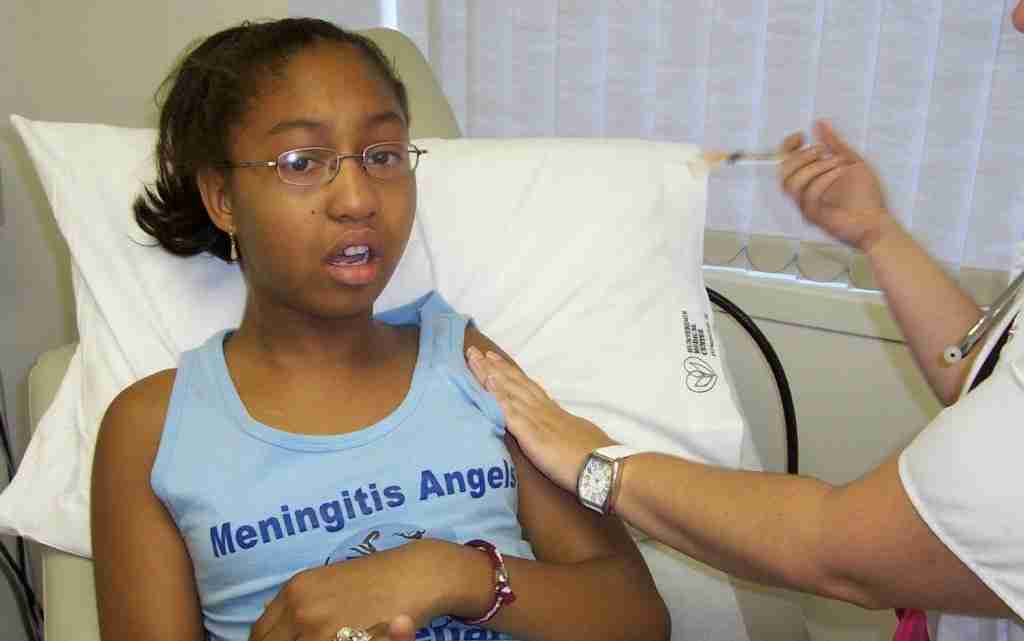 NEW YORK (AP) _ A federal panel gave a weak endorsement Wednesday to two expensive meningitis shots, declining to recommend that all teens get the vaccine and leaving the decision to parents and doctors.

At a meeting in Atlanta, the panel approved a half-measure that says older teens and young adults may get the shots _ if they and their parents want to take that step.

That declaration is enough to greenlight insurance coverage of the new vaccines. It also may prompt some colleges to require freshmen to get the shots, some experts said.

The new vaccines protect against extremely rare B strain meningococcal disease _ which comes on like the flu but can rapidly develop into dangerous meningitis or blood infections.

Vaccines against other strains of bacterial meningitis have been recommended for the past decade.

The Advisory Committee on Immunization Practices voted 14-1 on the partial endorsement. Before the vote, panel members listened to pleas for a more forceful recommendation from more than a dozen tearful parents and siblings of children who died suddenly from the illness.

Several members cited uncertainties about how long the vaccine lasts, whether a booster will be needed, and how well it prevents spread of the disease. Some wanted more information on possible side effects.

“As we go into the future with more vaccines against rarer and rare diseases, we’re not going to be able to recommend every vaccine for every person every time,” said one panel member, Dr. Douglas Campos-Outcalt.

The nation sees only 50 to 60 cases of B-strain meningitis in teens and young adults each year. Small outbreaks on college campuses have drawn media attention, including outbreaks this year at the University of Oregon and at Providence College in Rhode Island.

Meningococcal (mehn-ihn-joh-KAHK’-ul) disease is caused by a bacteria spread by coughing, sneezing and kissing, and most cases occur in previously healthy children and young adults. College dormitories are considered potential launching pads for outbreaks.

Two B-strain vaccines for ages 10 to 25 were licensed in the U.S. recently: Bexsero, by GlaxoSmithKline, was approved in January. It’s given in two doses, at a retail price of $160 a dose. Pfizer’s Trumenba was licensed in October. That’s a three-dose series at $115 a shot.

Doctors and insurers have been waiting to see if the panel would recommend them for all teens. At a meeting earlier this year, the panel said the vaccines should be used for outbreaks and for those at unusually high risk, but postponed voting on endorsing the shots for everyone.

On Wednesday, the panel said the best time to get the shots is at ages 16 to 18.

The panel has generally avoided taking such a middle-of-the road endorsement stance, saying it may be confusing to doctors and families and misinterpreted as suggesting the vaccine is not important. But on Wednesday, they chose that option.

The panel’s decisions are usually adopted by the government.