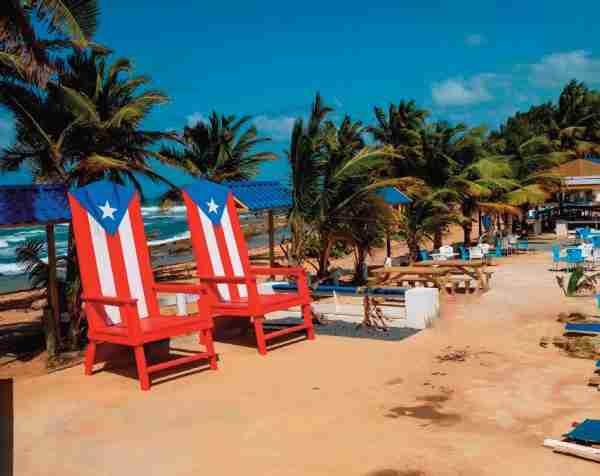 The package is bigger than any announced so far by U.S. states.

Gov. Wanda Vazquez said measures include a 90-day moratorium for mortgages as well as car, personal and commercial loans that will not affect people’s credit. She also announced a flurry of bonuses, including ones ranging from $2,000 to $4,000 for nurses, police and other emergency and medical workers.

In addition, the government will invest $250 million in tablets, software and other items to help the island’s Department of Education improve virtual learning amid a two-week curfew that began the night of March 15, she said.

Vazquez said the island’s more than 134,000 public sector employees will still be paid during the emergency and that the government will offer a $1,500 handout for small- and medium-sized businesses with 50 employees or less that don’t qualify for federal help, as well as a $500 cash handout for Puerto Rico’s nearly 170,000 self-employed workers.

“We’re going to win this war,” she said. The island is struggling through a 13-year recession in addition to the blows from Hurricane Maria and a string of recent strong earthquakes that together caused billions of dollars in losses. Among the business owners affected by the economic crisis and the curfew is Jesus Vazquez, who praised the ﬁnancial package but said he worries about the ﬁne print and the bureaucracy that might ensue in trying to obtain those beneﬁts.

The 33-year-old laundromat owner conﬁded that he has already skipped loan payments: “I had the audacity to not pay them and keep the cash because I don’t know what’s going to happen.” Vazquez was flanked by the chairman and president of a federal control board overseeing the island’s ﬁnances that signed off on the measures and freed up money for the emergency. It was a rare appearance following months of conflict between the board and a government that was already balking at austerity moves and staff cuts demanded by the board.

The board recently said it also would ﬁle a motion to temporarily suspend a bankruptcy-like process Puerto Rico is facing as it tries to restructure a portion of its more than $70 billion public debt load. In addition, the board wrote President Donald Trump last week about plans to transform the island back into the medical manufacturing hub it once was to meet the urgent needs created by the coronavirus pandemic. Board chairman Jose Carrion noted that 8% of pharmaceutical expenditures by Americans are for products made on the island, where manufacturing represents more than 40% of its total net income.

Puerto Rico as of Monday had 31 conﬁrmed coronavirus cases and reported two deaths, including a U.S. tourist from New York who was vacationing on the island with his wife.

“This situation is really absurd,” said Jose Abreu, a musician known as Fofe who lost his job at a boutique hotel in San Juan that closed due to the curfew. “We’re here with our mouths wide open over how we’re being hit with one thing after another.”

Next post Could Cuomo be a threat to Biden?