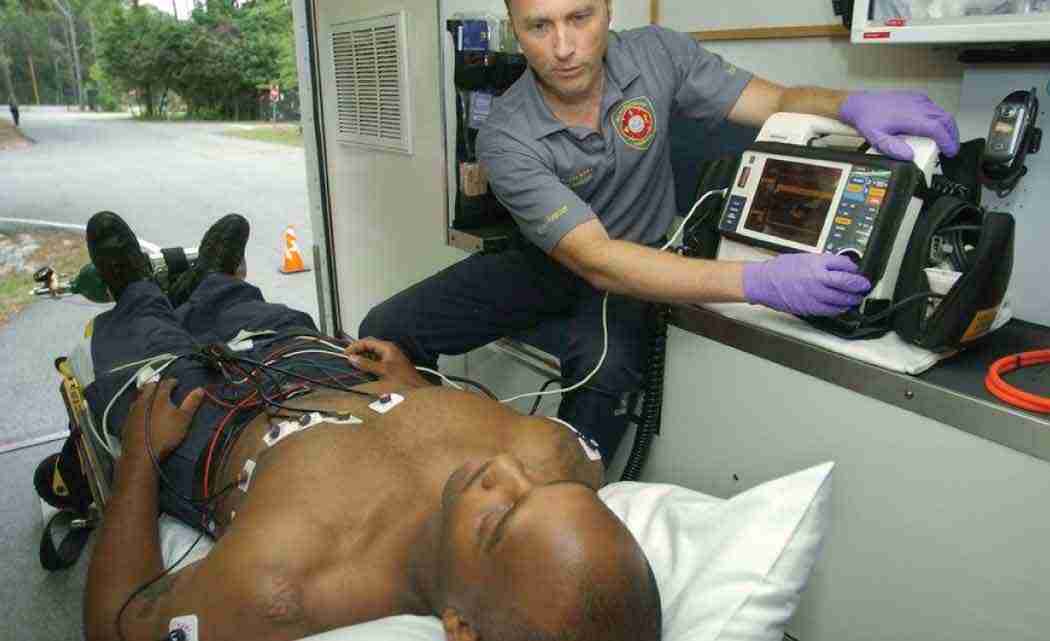 WASHINGTON — Would you know what to do if you see someone collapse, not breathing a loved one at home, a co-worker at the office, a stranger on the street? Far too many Americans die of cardiac arrest, and now a major new report urges a national campaign to improve survival in part by making sure more bystanders know how to help.

Every year, about 395,000 people suffer cardiac arrest in their homes or other non-hospital settings – and less than 6 percent of them survive, the Institute of Medicine estimated Tuesday.

That’s not the whole toll: An additional 200,000 cardiac arrests occur in hospitals every year, and even there only a quarter of patients survive, the report found.

Cardiac arrest is not a heart attack – it’s worse. It means the heart abruptly stops beating, its electrical activity knocked out of rhythm. CPR can buy critical time if it’s started immediately, but Tuesday’s report concludes the nation must take key steps to give victims a better shot.

“Cardiac arrest survival rates are unacceptably low,” said Dr. Robert Graham of George Washington University, who chaired the IOM committee’s investigation. “There is a lot an individual can do to assist somebody if they witness one, and to work with their communities to improve the system of response.”

What to do may sound straightforward: Call 911, and then start quick, hard compressions of the person’s chest until trained responders arrive. If a device called an AED – an automated external defibrillator – is available, use it.

In reality, the IOM committee said fear, not understanding what cardiac arrest is, lack of first-aid training and concern about legal liability can hamper response and cost precious time. Each year, less than 3 percent of the U.S. population receives training in CPR or defibrillator use, while some European countries mandate training, the report found.

Moreover, there are wide disparities in outcomes: One study found that survival ranged from about 8 percent to 40 percent across 10 different communities.

On Tuesday, the IOM called for a major public education effort to teach people how to recognize and react to cardiac arrest – including making CPR training a graduation requirement for high school. According to the American Heart Association, Connecticut just became the 24th state to pass legislation to do that.

State and local health departments should team with health groups to create “a culture of action,” the IOM recommended. It also urged employers to stock defibrillators and train workers to use them, and expanded access to CPR training for people over age 65 and their caregivers.

“Any CPR and any early defibrillation delivered by the public is better than no care at all,” he said.

The Centers for Disease Control and Prevention should create a national registry of cardiac arrest. There are no good statistics on this killer, the IOM said, calling its own numbers the best available estimates. A registry would track outcomes so communities could take steps to improve. The CDC said it will review the recommendation.

National standards are needed for emergency medical systems, to ensure that 911 callers are talked through how to provide CPR.

The National Institutes of Health should expand research for better treatments. Defibrillators attempt to shock the heart back into rhythm so it can resume beating, but most out-of-hospital cardiac arrests aren’t the kind of abnormal rhythms that a shock can fix, said IOM committee member Dr. Lance Becker of the University of Pennsylvania. Yet the report found the NIH spends far less on cardiac arrest research than on other cardiovascular problems.

Hospitals should have to meet national accreditation standards on cardiac arrest care. Survival of patients who suffer cardiac arrest while hospitalized for some other reason can vary by 10 percent between hospitals, IOM found.

Improvement is possible, the IOM found, calling some communities examples. In King County, Washington, there’s a 62 percent survival rate among patients with a specific shockable form of cardiac arrest if they collapse in front of someone. Policymakers there have spent decades studying what care works best, and getting bystanders and professionals on board with response practices.

The American Heart Association – which along with the American Red Cross, American College of Cardiology and the federal government had requested the IOM’s study – welcomed the recommendations.

Cardiac arrest is “the most critically ill state a human being can be in,” said Dr. Robert W. Neumar of the University of Michigan, who chairs a heart association emergency care committee. The nation needs to create a culture where “if someone collapses in front of you with cardiac arrest, it’s your obligation to help.”