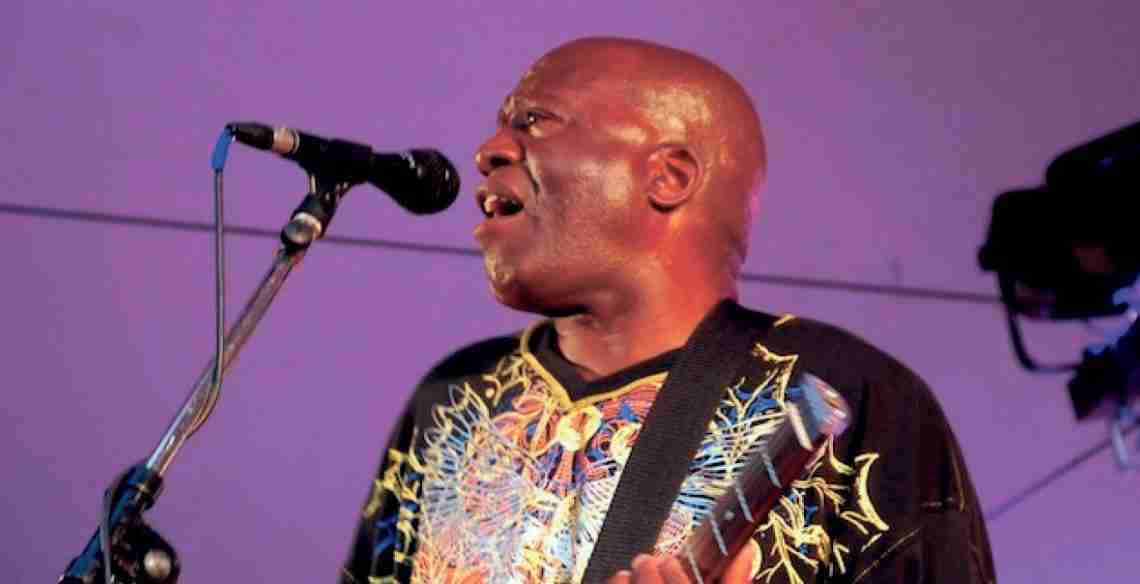 CHARLESTON, W.Va. (AP) – Best known for “Some Kind of Wonderful,” the feel-good hit he penned more than 50 years ago that put Grand Funk Railroad on track for a chart-topping hit, John Ellison is creating a new stir from a different direction with “Wake Up Call (Black Like Me).”

The 78-year-old West Virginia native’s new song and accompanying video were released last month in the wake of George Floyd’s death at the hands of Minneapolis police.

The work “delivers a searing, powerful, shockingly honest and unforgettable lesson for anyone who wonders what it’s like to be African American in America,” according to a review by Forbes music writer Steve Baltin. “Ellison’s vocals simmer with a righteous rage,” according to Rolling Stone writer Jon Blistein.

While the headline on the Rolling Stone review described “Wake Up Call” as a “BLM-inspired song,” Ellison said the lyrics come from a poem he wrote in 2003.

“I wrote it after a school asked me to speak at a Black History Month program,” he said during a phone interview from his Florida home. “I wanted to open the eyes of the students and their teachers to what it’s like walking in the shoes of a Black man in America. And I’m not one who bites his tongue.”

The words remain fresh and relevant, since “nothing has changed since they were written. What’s going on now was going on in 2003” and earlier, he said.

The extended version of “Wake Up Call” begins with a ﬁery, spoken-word autobiographic segment starting with Ellison’s grandfather, born a slave in 1854, who lived long enough to see his ﬁrst-born son hanged in Georgia in 1936 for refusing to work overtime.

In 1955, Ellison’s brother, then working in a West Virginia hospital, had his throat slit by a white patient who was never charged for the assault. In 1969, Ellison lost his vision for more than a year after being struck by a bottle when accosted by a white mob in Dayton, Ohio.

In 1998, Ellison’s 18-year-old nephew was paralyzed from the neck down in an incident involving Blueﬁeld City Police, who were never charged.

The list goes on, until Ellison concludes, “We are tired of injustice. We want justice, now!”

That’s when the music starts, described by Rolling Stone as “a rumbling funk cut that pairs thick bass, steady drums, swampy guitar and horn fanfare with the occasional blare of sirens,” and Ellison’s 2003 poem begins, in song form.

“To understand the Black man’s ﬁght you must ﬁrst understand the Black man’s plight,” he begins. “To understand his state of mind, turn the pages of history and go back in time/ To the land of the free and the home of the brave/ It’s where they brought the Black man and made him a slave/ And freedom was just a dream he carried to his grave.” The song ends with “You have no clue what it’s like having the color of my skin/ Because a journey into my world is a place you’ve never been/ If you were born white, you are born free/ You’ll never know what it’s like to be Black like me.”

In May, as the Black Lives Matter protest began to gain traction, Ellison thought the 2003 poem could have new life as a song. He contacted a musical collaborator, Roger Heijster, in the Netherlands, and read him a few verses – all that was needed to get him on board with the project. Heijster produced, wrote the music and created the arrangements for the piece.

Since “Wake Up Call” was released, “I’ve been interviewed by radio stations in Germany, Holland and Switzerland and writers from California to Philadelphia,” Ellison said.

Born in Montgomery, Ellison grew up in Landgraff, McDowell County, where his father was a coal miner. At 16, when his father was laid off from the mines, Ellison began working the night maintenance shift at the Carter Hotel in Welch.

“I tried going to school during the day while working at night, but it just took too much out of me, so I dropped out of school when I was 17 and kept working at the hotel,” he said. “I had to do what was best to help the family.”

Ellison said watching Chuck Berry perform “School Day” on American Bandstand was his inspiration for pursuing a career in music. He learned to play guitar, began writing songs and discovered he was good at it. As a teenager, he entered a talent contest that was broadcast over the radio from the Carter Hotel lobby.

“The winner was supposed to get a trip to New York and $500,” Ellison recalled. “When it was my turn, I started singing and about 20 seconds into the song, one of the judges stopped me and said, `We have a winner!’ I was the only Black person in the room. I walked back to the other contestants with my head held high, but the other two judges started arguing. Someone forgot to turn off the microphone, so everyone heard one of the judges say, `I don’t care how good he is, he’s a n—-r’ before revoking the win.

“It was as if someone put a knife through me,” Ellison said. “I had tears in my eyes and the other contestants couldn’t look at me. But it motivated me. It made me more determined than ever to succeed.”

In 1967, Ellison wrote the words and music for “Some Kind of Wonderful,” a tribute to a woman for whom he had strong feelings but had just left behind in order to follow his musical path. The song was written in 30 minutes on the paper bag in which the woman had packed a send-off meal. It was the group’s ﬁrst release for their new label, Atlantic Records.

“I had high hopes of that song helping my group stay together and continue to excel, and maybe become worldfamous,” he said. “But back then, our airplay was limited to Black stations, which were few and far between.”

The song did crack the Top 100 Billboard chart in 1967, stalling at 91, but a 1975 cover of the song by Grand Funk Railroad made it to No. 3. Since then, it has been covered by more than 60 musicians and played on the radio more than 6 million times, making it the world’s third most frequently played song. He continues to collect annual royalty checks for his creation.

Ellison was inducted into the West Virginia Music Hall of Fame in 2015. Ellison said he doesn’t view “Wake Up Call” as a protest song.

“I’m not protesting – I’m speaking the truth,” he said. “If you want to call it something, call it a reality song. I have lived my life trying to do the right thing and not break the law, but I have been pushed aside many times because of the color of my skin. This country we call the United States of America has never been united. Black people have been treated like we are animals. That’s the reality of this country.”

Despite the nation’s failure “to rectify the denial of equality for all,” Ellison said, when it comes to Americans, “the good by far outweigh the bad. There are far more beautiful people here than people who are evil, and I have nothing but love in my heart for them.”

Next post Coronacoping: Cooking at home is a ‘thing’ again