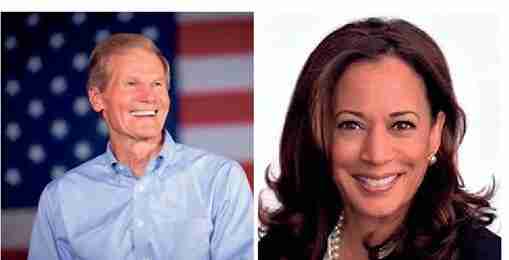 WASHINGTON, D.C. – For Black women, the risk of death from pregnancy-related causes is three to four times higher than for white women. Black women are twice as likely to suffer from life-threatening pregnancy complications during pregnancy. U.S. Senator Bill Nelson joined fellow Senator Kamala D. Harris as a co-sponsor of her legislation to reduce the racial disparities in maternal mortality and morbidity. The Maternal Care Access and Reducing Emergencies (CARE)

Act will reduce the increasing rate of deaths among Black mothers resulting from pregnancy or childbirth.

“This bill is a step towards ensuring that all women have access to culturally competent, holistic care, and to address the implicit biases in our system,” according to Senator Harris. Senator Nelson agreed adding, “This legislation will set us on the right path to needed accessible healthcare solutions.”

Nelson is fighting for accessible, affordable healthcare and to preserve coverage for those with pre-existing conditions. African Americans lead the nation with the highest incidence of heart disease, cancer, hypertension and diabetes with their rates doubling and tripling the illnesses among all other groups.

“Dealing with these illnesses is critical to our pursuit of wellness. Accessibility, affordability, and care for those with pre-existing conditions will save so many lives in our community. Senator Nelson has shown real leadership on these issues,”according to Lauren Thornton, M.D.

The Maternal CARE Act addresses racial and ethnic disparities in women’s health – including in maternal mortality. The bill addresses bias in judgement or behavior resulting from implicit attitudes and stereotypes.