States help get heroin antidote into hands of regular folks 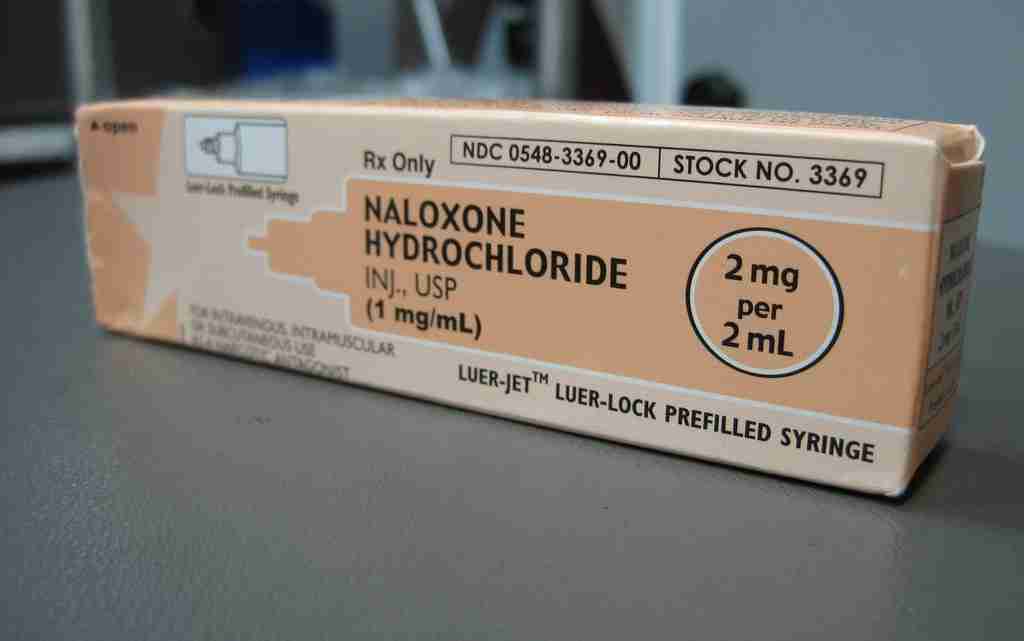 By CAROLYN THOMPSON
BUFFALO, N.Y. (AP) _ At the front of a classroom, health worker Cheryll Moore demonstrates “the nod” _ a jerk of the head forward and then quickly back _ a telltale sign of heroin use, though not necessarily of an overdose.

“In that scenario, they can go either way,” she said. “I would not leave them alone.”

After an hour or so of instruction that includes spotting signs of a life-threatening overdose, the class of ordinary people _ couples, co-workers, parents, retirees and others _ leaves with two vials of the prescription heroin antidote naloxone, better known by its brand name, Narcan.

It’s part of an effort to make naloxone available to more people than just police, paramedics and the addicts themselves.

Because of naloxone’s effectiveness in nearly instantaneously bringing overdose victims back from near-death, New York and a handful of other states are making the lifesaving drug available to virtually anyone willing to be trained to use it, hoping to better the odds it will be there when needed.

“Just in case,” said casino worker Diane Colby, as she left the class with her Narcan. “You never know when there could be an incident. You never can tell.” Like some others in the class, she said she doesn’t know any addicts, but wouldn’t necessarily be surprised to come across drug use where she works.

New York, California, Illinois, New Mexico and Washington are among the states that have passed laws to provide legal protections for prescribers who work with programs providing naloxone to laypeople. Proposed federal legislation would extend the protections nationwide.

New York also is among states no longer requiring a patient-specific prescription for the drug, instead allowing drug-prevention programs to share naloxone with trained recipients.

Since making the change last year, New York state says it has trained 10,000 laypeople on the use of the drug, sending them home with a rescue kit containing Narcan and a nasal atomizer used to spray it in an overdose victim’s nose. The state Health Department pays the $50 to $60 cost of the kits.

“We want as many people to have it as possible,” said Dan O’Connell, a director at the Department of Health, adding the state also is moving toward stocking high school health offices with the drug, in the same way they keep EpiPens on hand for life-threatening allergies.

They will join the ever-growing ranks of “community responders” to the unceasing opioid abuse seen in their various walks of life.

Deaths from prescription painkillers quadrupled from 1999 to 2010. In 2013, nearly 2 million Americans either abused or were dependent on opioids, and more than 16,000 people died from the prescription variety, according to the Centers for Disease Control and Prevention. More than 8,000 other deaths involved heroin, to which many addicts migrate after becoming addicted to legal drugs.

Communities around the country responded by equipping police and other first responders, as well as addicts and their families, with naloxone. Officials said the effort to expand the reach of the drug was due to its effectiveness and lack of side-effects, and because there was no basis to early fears that better access to naloxone would increase heroin use or stop people from calling 911.

Nationally, there were 188 known community-based naloxone distribution sites in 15 states and the District of Columbia in 2010, the most recent year available, a CDC report published in 2012 said. Together, the programs trained more than 53,000 addicts, their families and friends and recorded more than 10,000 overdose reversals, according to the report, which endorsed community training as part of broader drug-prevention strategies.

But cost has been a concern, especially with the price of naloxone doubling over the past year or so. In March, Amphastar Pharmaceuticals Inc. of Rancho Cucamonga, California, which makes the nasal version, told The Associated Press the increase was due to more expensive raw materials, energy and labor.

State officials in New York and Ohio have negotiated discounts of $6 per dose off the Amphastar price but fears that higher costs could hinder access remain.

“It worked very much as advertised,” said Shannon Curry-Izzo, who found herself administering Narcan on a bathroom floor after having just assisted at an April training session in Buffalo.

“It took about a minute for them to come to. They woke up very groggy, very confused,” said Curry-Izzo, who manages a syringe exchange program. “This was my first time. I’m very glad that I was able to be there.”

In Buffalo, Erie County’s first few training sessions filled so quickly, generating wait lists, that officials scheduled a dozen more classes for between May and October.

Among the lessons in class are assembling the atomizer and depressing the plunger with enough force to create a mist, with the goal of spraying half a dose up each nostril. Narcan can also be injected. Trainees also learned they should leave some space between themselves and the patient after giving the dose because a drug user could become combative while in withdrawal, or physically ill.