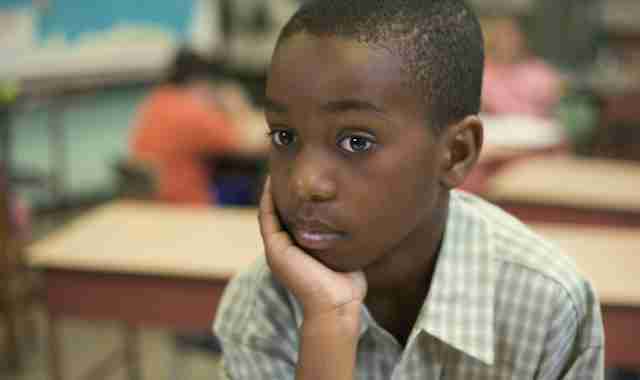 CHICAGO (AP) _ Suicides by young children are rare and the low rate has held mostly stable except for a troubling increase among black boys, two decades of U.S. data show.

The rate during the years studied was just over 1 per million children. But for black boys, it edged up from less than 2 per million to almost 3.5 per million. There was a slight decline among white boys, to 1.3 per million.

Historically, suicide rates among blacks have been lower than among whites and reasons for the trend in young boys are uncertain, said lead author Jeffrey Bridge, a suicide researcher at the Research Institute of Nationwide Children’s Hospital in Columbus, Ohio. The study authors said black kids may experience more violence, stress or school discipline than whites, and are less likely to seek help for depression and other difficulties, but whether those factors explain the results is not known.

The study was published online Monday in JAMA Pediatrics. The researchers analyzed data from the U.S. Centers for Disease Control and Prevention. Hanging and suffocation were the main methods for young children.

While the risk is low, Bridge said parents should be aware of suicide warning signs in their children, including withdrawing from friends and favored activities, prolonged unhappiness and talking about suicide. Those are indications that children may need help from a mental health specialist.

“If parents are concerned about their child, they should ask them directly if they’re having thoughts about killing themselves,” he said.