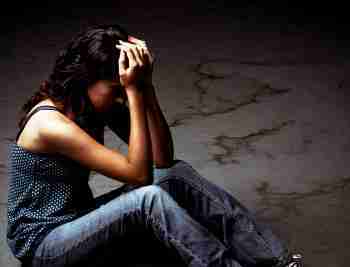 EVERETT, Wash. (AP) _ Health officials say the number of teen suicides since September is more than double what’s been recorded in previous years.

Data shows 13 teens killed themselves this academic year, a number that Snohomish Health District officer Gary Goldbaum says is stunning, the Everett Herald reported (http://bit.ly/1LuCKUf). Annual numbers since 2009 show between one and six suicide deaths in the county.

The health district also reported a 12,000-student survey found nearly one in five seriously thought about killing themselves.

“The fact that you’ve got all these young people who feel so isolated, who really feel they have no one they can turn to, and that the only resource is to kill themselves to me is just stunning,” Goldbaum said. “It shouldn’t happen at all. I don’t think there’s any other way to look at it than a kid who commits suicide is a real failing of society.”

Most suicides happened at the start and end of the school year.

Deaths include 14-year-old Jaylen Fryberg who turned a gun on himself after killing four classmates at Marysville Pilchuck High School in October.

Most recently, a seventh-grade student at Evergreen Middle School hanged herself following a May 7 meeting with teachers and her dad about her failing grades.

“Treat every mention of suicidal thoughts seriously,” Burchill said. “Don’t pass it off as a joke or ploy for attention.”