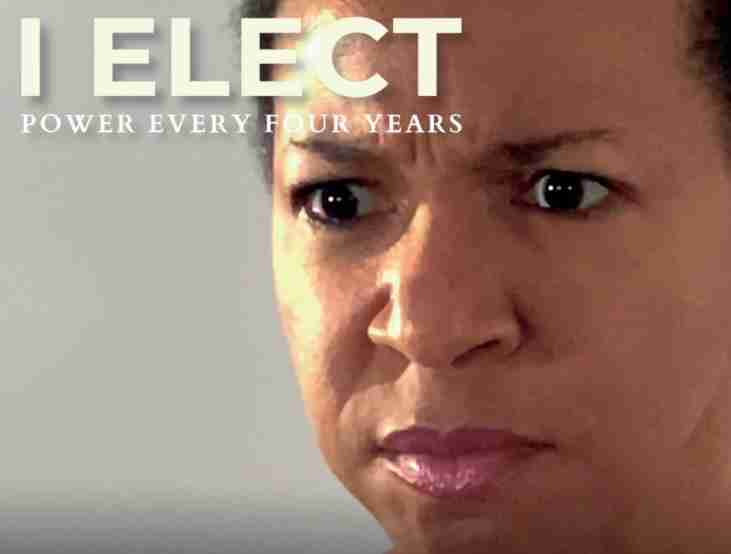 (Black PR Wire) – In the grip of the 2020 pandemic, just days before the presidential election, a woman in Miami recalls her shock four years ago on election night 2016, with renewed feelings of dread about this time around.

The recollection of that blistering night as she watched those fateful election results sparks a memory that shatters her nerves ‒ as we witness her working her way through to a revelation of personal power.

Alone now, out of work and losing hope because of COVID-19’s chokehold on America, she struggles to breathe through painful memories in front of her camera at home.

As a way out of this downward spiral, she decides to record her feelings on a video message to her fellow voters. She decides to give testimony to power.

The power of voting.

“I Elect: Power Every Four Years,” is a one-act, one woman show created and written by Bill Spring. The role of Bella is brilliantly performed by Carey Brianna Hart, who delivers a tour de force monologue.

“I Elect: Power Every Four Years” premieres Saturday, Oct. 17, 77:30 p.m. as a free live-stream, at youtube.com/watch?v=8x8pDnL2fUg. Watch the trailer at https://www.youtube.com/watch?v=SvAPI163Dyw Viewers say they have to step back from their screens – in a good way – when watching this performance.

Bella realizes that although the power of the people has been chipped away these past four years, each of us still has the power to elect.

In the ﬁlm, the character of Bella stands at a precipice. Things in America are deﬁnitely not “great again.”

In what feels like the blink of an eye, we watch her claw her way out of the mess of the past four years and the agony of 2020 as she rings a Buddhist bell. Her bell of truth is a talisman from her deceased husband, and a clarion call to vote.

“My mother was jailed in the 1960s for registering individuals to vote,” said Hart. “So many people have fought, struggled and died to have this right to affect our government ̶ it should not be taken for granted.”

Born in Miami, Hart graduated from the New World School of the Arts, and earned a BFA in Theatrical Studies from the Goodman School of Drama at DePaul University in Chicago.

Hart has worked with the AfroAcademic Cultural Technological & Scientiﬁc Olympics, mentoring students in Drama, Playwriting, Oratory and Poetry. She has coached numerous students who have become NAACP National ACT-SO Medalists. She is also the author of “Dust Tracks,” a one woman show of Zora Neale Hurston.

Ricky J. Martinez directed the ﬁlm version of the project, produced by Jose Lima. The director of Photography is Dennise Perez, with location assistance provided by Locust Projects.

“This work is woke! A clear ring of authenticity and activism, for us to get back on point,” said Martinez, awardwinning director and published playwright.

“During these unprecedented times, artists have no choice but to create. That is what we do and artists are critical right now,” said Spring, the writer and actor who has been featured nationally at various festivals. “It doesn’t take much for evil to come crawling out of the woodwork, but the truth-seeking voice of Bella is not one to be silenced.”

The creators encourage viewers to donate to Engage.Miami – building political power by and for young people. In its ﬁrst ﬁve years, Engage.Miami has registered 24,000 voters and increased early voting sites on college campuses. The organization has engaged and educated tens of thousands of young people about the importance of local and national elections, and the impact young voters make.

Next post After surprise run to NBA Finals, Heat future is bright