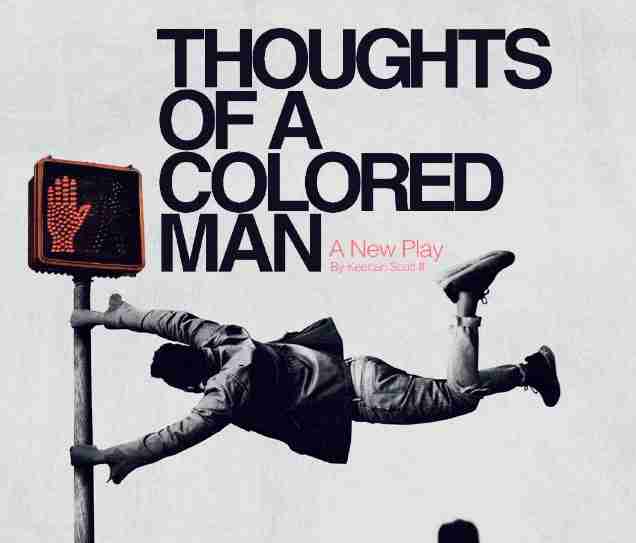 NEW YORK (AP) – Playwright Keenan Scott II’s play “Thoughts of a Colored Man,” a work about the outer and inner lives of Black men, is heading to the bright lights of Broadway.

The play will be given a Shubert theater and will open whenever Broadway restarts. It will be directed by Steve H. Broadnax III. Both playwright and director are Black and will be making their Broadway debuts.

“Thoughts of a Colored Man” is made up of related vignettes and set over the course of a single day in Brooklyn, where seven Black men discuss gentriﬁcation, violence, racial and sexual identity and what it means to be part of a community.

“I think people can expect to be moved and to laugh. There’s so much laughter in this show, but there’s also so much revealed about the Black male experience in America,” producer Brian Moreland told The Associated Press. “They will laugh, they will cry, and they’ll be able to ask questions that they’ve never been able to ask before.”

In addition to Moreland, the producing lineup includes Ron Simons, Diana DiMenna, Samira Wiley and Sheryl Lee Ralph. It’s a predominately Black list with what will be a mostly Black cast, both rarities on Broadway. The play made its world premiere last year at Syracuse Stage and also was produced at Baltimore Center Stage. Broadway remains closed due to the coronavirus pandemic at least until June 2021. Moreland said Scott’s play was something he instantly felt belonged on Broadway.

“I felt like it was something that needed to be seen. It was a work that was much larger than anything I’ve ever experienced,” said Moreland, whose producing credits on Broadway include “Sea Wall/A Life,” “The Lifespan of a Fact” and “The Sound Inside.”

The pandemic silenced several shows with Black-led casts, including “Tina: The Tina Turner Musical,” the revival of “A Soldier’s Play” and “Ain’t Too Proud – The Life and Times of The Temptations.”

Putting a Black-led play on Broadway is one of the most concrete steps toward a more inclusive theatrical community coming in the wake of the death of George Floyd and a summer of protests.

While discussions of transferring “Thoughts of a Colored Man” to Broadway predated the protests, Moreland said the show’s championing of diversity and inclusion ﬁts perfectly in an era of Black Lives Matter and outcries over young Black deaths.

“It made this show so much more ready for the world to hear these men, for the world to hear Scott’s voice. It just made people ready to listen,” he said. “To have a young playwright – a young Black male – be able to speak truths about a neighborhood and an experience and a point of view in life, to share hopes and dreams – it’s revelatory.”

The theater community has made other steps toward inclusivity, including the launch of The Industry Standard Group, the ﬁrst commercial theater investment and producing organization In the country run completely by people of color. Several theater companies – including The Public Theater, Second Stage Theater, Roundabout Theatre Company and Lincoln Center Theater – have appointed or elevated theater artists of color.

There also has been the creation of Musicians United for Social Equity, working to develop pipelines for musicians of color, and a pledge by the Stewart/Whitley casting ofﬁce to bring greater racial equity to their staff and working environment.

According to the annual study, “The Visibility Report: Racial Representation on NYC Stages,” nearly 80% of Broadway and off-Broadway shows’ writers were white and 85.5% of directors during the 2017-18 season. Over 61% of all roles on New York City stages went to white actors, a rate double the population of white people in New York City.