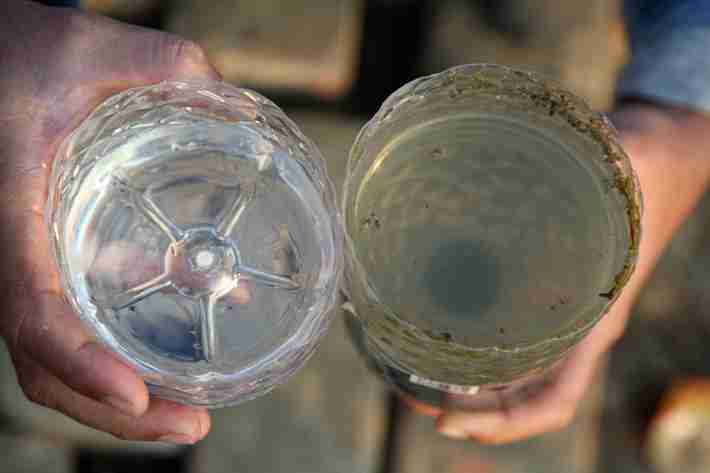 KAMPALA, Uganda (AP) _ A cholera outbreak has killed at least 30 people in a Tanzanian refugee camp for Burundians, a World Health Organization official said Thursday, underscoring the dire circumstances of masses of people who are fleeing political unrest.

Cholera is constantly threatening as hundreds of people flee Burundi every day amid violence stemming from the president’s bid for a third term, Dr. Alphoncina Nanai told The Associated Press by phone from Tanzania.

Cholera is a fast-developing, highly contagious infection that causes diarrhea, leading to severe dehydration and possible death. Cases of acute diarrhea have also been confirmed among the refugees, who include many women and children.

A “severe humanitarian crisis” is unfolding in Tanzania because an influx of refugees from Burundi is overwhelming health and sanitation facilities in the area, WHO has warned. It said between 500 and 2,000 Burundians are arriving daily in Kagunga, a tiny fishing village on the shores of Lake Tanganyika.

Kagunga’s original population of 11,382 has increased to over 90,000 since April, WHO said in a statement. There is not enough safe water for drinking.

With Kagunga surrounded by mountains, the refugees must wait to board a 100-year-old ship and make the three-hour trip to the port of Kigoma, the International Rescue Committee said on Tuesday. The ship is transporting 600 passengers twice daily, leaving those who remain behind in overcrowded and unsanitary conditions, according to the aid group.

Demonstrators in Bujumbura, Burundi’s capital, say they will continue to protest until President Pierre Nkurunziza steps down at the end of his second term. Police have been using live ammunition and tear gas to disperse crowds of angry protesters, and observers have urged the government not to launch revenge attacks in the aftermath of a failed attempt by some military officers to remove Nkurunziza by force.

Burundi’s Constitution states a president can be popularly elected to a five-year terms, renewable once. Nkurunziza maintains he can run for a third term because parliament elected him for his first one. Opponents say a third term violates the Constitution and peace accords that ended a civil war.

Next post State Officials: Alabama Legislature may have been hacked