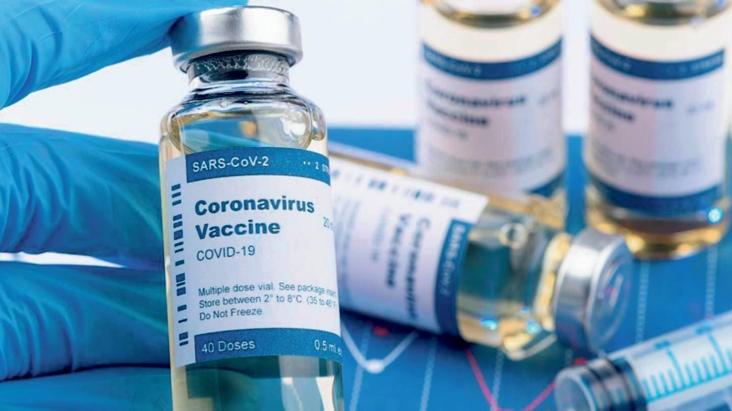 LONDON (AP) – Top ofﬁcials at the World Health Organization say there’s not enough evidence to show that third doses of coronavirus vaccines are needed and appealed Monday for the scarce shots to be shared with poor countries who have yet to immunize their people instead of being used by rich countries as boosters.

At a press brieﬁng, WHO directorgeneral Tedros Adhanom Ghebreyesus said the world’s grotesque vaccine disparity was driven by “greed,” as he called on drugmakers to prioritize supplying their COVID-19 vaccines to poor countries instead of lobbying rich countries to use even more doses.

His plea comes just as pharmaceutical companies are seeking authorization for third doses to be used as boosters in some Western countries, including the U.S.

“We are making conscious choices right now not to protect those in need,” Tedros said, adding the immediate priority must be to vaccinate people who have yet to receive a single dose.

He called on Pﬁzer and Moderna to “go all out to supply COVAX, the Africa Vaccine Acquisition Task Team and low and middle-income countries with very little coverage,” referring to the U.N.-backed initiative to distribute vaccines globally.

After a 10-week drop in global coronavirus deaths, Tedros said the number of COVID-19 patients dying daily is again beginning to climb and that the extremely infectious delta variant is “driving catastrophic waves of cases.” Both Pﬁzer and Moderna have agreed to supply small amounts of their vaccines to COVAX, but the vast majority of their doses have been reserved by rich countries. The U.N.-backed effort has faltered badly in recent months, with nearly 60 poor countries stalled in their vaccination efforts and their biggest vaccine supplier unable to share any doses until the end of the year.

Pﬁzer met with top U.S. ofﬁcials on Monday to discuss its plans to seek authorization for a third dose. Last week, the company said the booster could dramatically ramp up immunity and perhaps help ward off worrisome variants – even as U.S. health authorities stressed that fully vaccinated Americans are strongly protected and don’t need boosters yet.

“Both Pﬁzer and the U.S. government share a sense of urgency in staying ahead of the virus that causes COVID-19, and we also agree that the scientiﬁc data will dictate next steps,” the company said in a statement late Monday.

It’s not unusual for manufacturers to brief regulators before ﬁling new data, and a U.S government spokesperson said the information is just one piece of evidence authorities will use in deciding if, when and for whom a booster might be necessary.

Britain is also considering a possible booster vaccination plan in the fall, which would likely target those over 50 and the most vulnerable.

But WHO’s top experts disputed the need for a booster in fully immunized people.

“At this point … there is no scientiﬁc evidence to suggest that boosters are deﬁnitely needed,” said Dr. Soumya Swaminathan, WHO’s chief scientist.

Swaminathan said WHO would make recommendations on booster doses if they were needed, but that any such advice “has to be based on the science and data, not on individual companies declaring that the vaccines should now be administered as a booster dose.”

“LOOK BACK IN SHAME”

Dr. Michael Ryan, WHO’s emergencies chief, suggested that if rich countries decide to administer booster shots rather than donating them to the developing world, “we will look back in anger and I think we will look back in shame.” He said the failure to increase vaccine manufacturing capacity, coupled with rich countries’ refusal to share shots with poor countries, was extremely disappointing.

“This is people who want to have their cake and eat it,” he said. “Then they make some more cake and they want to eat that as well.”

Some have called the idea of booster shots morally repugnant, given the increased spread of COVID-19 now being seen in some African countries.

Tom Hart, acting CEO of the ONE campaign, an advocacy group, noted that just 1% of people in poor countries have received even one COVID-19 vaccine dose.

“The idea that a healthy, vaccinated person can get a booster shot before a nurse or grandmother in South Africa can get a single jab is outrageous,” he said.