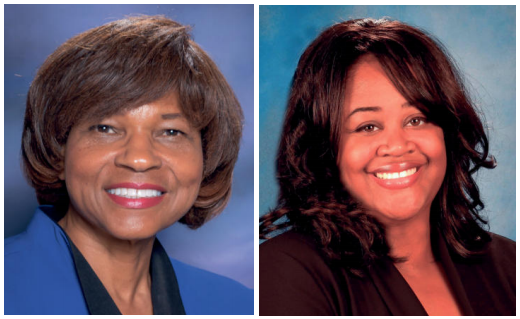 West Palm Beach, Fla. – The T. Leroy Jefferson Medical Society, made up of healthcare professionals dedicated to serving the needs of people of color and the underserved in Palm Beach County, is taking a look throughout this month at the growing opioid crisis in Black and brown communities. In a virtual zoom conference taking place at 6 p.m. every Monday and Thursday until Aug. 31, the ﬁve-part series will examine the overdose and abuse of opioids such as oxycodone and heroine and other prescription and street drugs, and how they impact the Black community. Medical professionals will get continuing college credit for tuning in to the conference. It is open to both medical professionals and the general public.

During the ﬁrst part of the series, which broadcast Monday, board member and organization chaplain, Monica A. Walker, M.D., preferred to give a historical overview on the origins of racism in the plight of drugs in the Black community. Walker took the participants back to the civil rights era, when Blacks were supposed to be granted rights and privileges like everyone else, including a piece of the economic pie. But she points out that didn’t happen. And in the aftermath of that era, Richard Nixon mounted his war on drugs, targeting the use of illegal drugs. The doctor says by the time Ronald Reagan took ofﬁce and began the execution of his war on drugs, it was more tantamount to a war on the Black community.

Walker says the systemic racism in the war on drugs was designed to destroy the Black family. “The execution by Ronald Reagan of the war on drugs was more like war on our community,” Walker explained. “More Black men were arrested. Black males were harassed and incarcerated for long periods of time. Whites went to rehab while Blacks went to prison. Black families have been dismantled and we’re still ﬁghting this,” she went on to explain. “It’s rehab for whites and punishment for Black men.”

She pointed out the disproportionate number of Blacks in the penal system and says it’s all about proﬁt and gain. The privatization of prisons means they’re for-proﬁt entities and thereby proﬁting off the backs of many people of color who are thrown into the nation’s prisons disproportionately. Walker says the entire system is designed to destroy the Black family and to make proﬁts.

This is the kind of historical perspective and overview onlookers will get when they tune in to the virtual series. The organization says participants will get groundbreaking education, awareness, understanding and solutions for doctors, community leaders, families and patients. They will hear from medical professionals, psychologist, pharmacist, doctors, emergency room doctors, ﬁreﬁghters, police, and the founder of a treatment center. Professionals will also learn how to bill and code correctly so they could meet the patients’ needs and get the proper compensation for themselves.

They will also hear from former Denver Broncos star wide receiver Vance Johnson who gives a sensational account  of his addiction struggles. He says in 2014 he was at the bottom. “I was drunk and driving down the road, crying and screaming to God to help me. I had no money, no kids, no relationships, nothing to leave behind,” he says. Today he is sober and speaks nationwide about his long struggle with mental health and addiction. He played his entire NFL career with the Denver Broncos from 1985-1995 and led the team to three Super Bowls. Today there’s a recovery treatment center in his name and likeness in Las Vegas. Participants will hear his story in his own words.

According to longtime journalist and public relations guru, Sandy Collier, who is host and moderator of the series, the public and healthcare professionals won’t ﬁnd a more comprehensive and excellent conference on the opioid addiction crisis as it affects people of color. According to Collier, the latest government data shows that 128 people in this country die every day from an overdose, at a cost to the healthcare system of more than $78.5 billion. Collier says the cost to families is even greater, and that’s why the T. Leroy Jefferson Medical Society is taking on the issue.

Laurel Dalton, executive director of the organization, says the series perfectly aligns itself with the group’s mission, which is in part to provide education and awareness to communities of color. Dalton says she is ecstatic the issue and series is being offered to professionals and the community at large.

To register for the series, visit: www.tljmedicalsociety.org/Opioids

Previous post A name must be more than just diversity