A last-ditch treatment saves a girl with pneumonia 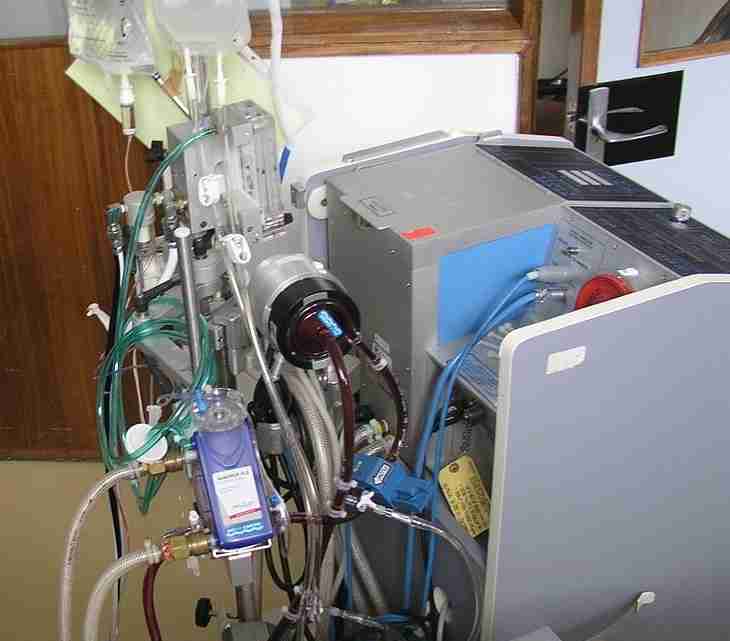 ST. PETERSBURG, Fla. (AP) – Sage McCue’s purple nails and fuzzy socks matched the dress she wore and the blanket spread across her bed at Johns Hopkins All Children’s Hospital.

She didn’t like hospital gowns. And to her relief, no one forced her to wear one.

As she prepared to go home, she thought about the things she looked forward to most: Seeing her 5-year-old chihuahua, Twinkie. Sitting on a swing outside her family’s new house. Digging into her mom’s tater tot casserole.

But what she’d been thinking of most, she said, was being back in her bed. It had been four months since she last enjoyed its comforts, the morning she woke up with a stuffy nose.

Heidi McCue had a sense something was off with her 11-year-old daughter when she woke up on a late January morning.

Sage, who usually lollygagged while getting ready for school, singing and dancing and playing on her tablet, was unusually silent and lethargic.

McCue took her to a doctor’s office to address the stuffy nose. On the way, Sage kept falling asleep. By the time the doctor came in, she was panting, trying to catch her breath.

They checked her vital signs and called an ambulance to take her to Manatee Memorial Hospital in Bradenton. From there, she was sent to All Children’s in St. Petersburg.

By the time McCue and her husband, Henry, reached the emergency room, Sage had been put on a ventilator in the intensive care unit. But it wasn’t working.

Her stuffy nose was from a case of the flu that had turned into pneumonia. She was also a carrier of MRSA, a bacterial infection that begins attacking tissue, her mom said.

One doctor told the McCues that Sage’s vital signs weren’t good and that she likely wouldn’t make it. Then Dr. David Kays, approached them. The only option left, he said, was to put Sage on an extracorporeal membrane oxygenation, or ECMO, machine.

Similar to a dialysis machine, it takes blood from the right side of the heart and pumps it through an artificial lung, enriching it with oxygen and warming it before returning it to the body. Kays explained the machine would do the work of Sage’s heart and lungs, giving the organs a rest so they could heal.

But ECMO is a last resort, often used just to keep people with heart or lung failure alive in the later stages of care.

“We’re here to help,” Kays said. “But if we have to go to ECMO, that means we’ve already bought a 40 or 50 percent mortality rate. That’s just the odds.”

Kays, who spent two decades at UF Health and Shands Children’s Hospital in Gainesville, came to Johns Hopkins All Children’s with the goal of advancing the hospital’s ECMO program.

Among other titles at All Children’s, he is medical director of the congenital diaphragmatic hernia program, designed to save babies born with a hole in their diaphragms or lungs.

“This idea of helping kids survive that other people think won’t? I love that,” he said. “Bring it on.”

But he prefers to underpromise and outperform.

“So I tell them 40 percent,” he said with a grin, referring to the chances a treatment will fail. “But I’m thinking, `Nah, 10 percent. Ninety percent survival.’ “

Sage’s doctors would change based on their rotations, but Kays oversaw her care while on ECMO.

Most patients who respond to ECMO do so in seven to 10 days, he said. And as time goes on, the likelihood of a good outcome decreases.

“There aren’t very many places or very many programs that can keep somebody alive for 68 days on ECMO and have a good result at the end of it,” he said. “It’s a challenge and a belief that the human body can recover, if we don’t hurt it along the way.”

With Sage’s ECMO treatment, the hospital used techniques it never tried before. Most patients are sedated through the time they’re on the machine. Sage was taken off some of the sedatives after the first week, allowing her body to cough up bacteria and stay alert enough to watch most of the movies on the hospital’s network.

Her parents, who lived at the Ronald McDonald House during her stay, brought a tablet for her to play games on. But initially she hesitated to move her arms, afraid the tubes would fall out. She couldn’t speak, but she’d listen to the nurses and doctors tell stories about their lives.

Each day was a challenge, McCue said. “In the beginning you fight for it. You try not to show too much emotion. You try to hold it together.”

But one day, emotions overtook her. She was told Sage couldn’t feel the pain, but the look in her daughter’s hazel eyes told her otherwise.

“As a mom, you don’t want your kid to go through that much pain ever,” she said.

She told Sage if it was time to let go, it was okay.

“When I told her that, she reached over and grabbed my hand,” McCue said. “And then I knew it wasn’t.”

When they did a CT scan of her lungs, however, doctors and family members alike were stunned by the amount of damage and scarring.

“It looked really bad,” Kays said. “I think we lost a lot of believers at that point. They thought `Oh, she can’t recover’ when they saw the pictures.”

Her kidneys, which weren’t working well at first, improved over time. Same with her liver.

She had lost the strength to sit up. But after about two months – while still connected to the machine, with the support of doctors and nurses holding her up – she sat up for 10 minutes.

The next day, Sage was propped up for 20 minutes, and the day after that for longer. She started going to physical therapy and learned to stand and walk again. Eventually, her breathing tube was taken out and a tracheostomy tube put in.

Sage remembered the first time she heard her own voice again.

The nurses were ecstatic, her mom said.

The girl they’d come to know over four months could talk.

Kays, who was in a neighboring room doing a procedure, came in, astonished to hear Sage.

That night he sent a sausage pizza from Domino’s to her room.

On May 15, Sage finally went home to her chihuahua and her own bed. In the time she spent at All Children’s, her family had moved from a two-story home in Bradenton to a one-story home in Palmetto so Sage wouldn’t have to navigate stairs.