Athletes using power of the selfie to clean sports of doping 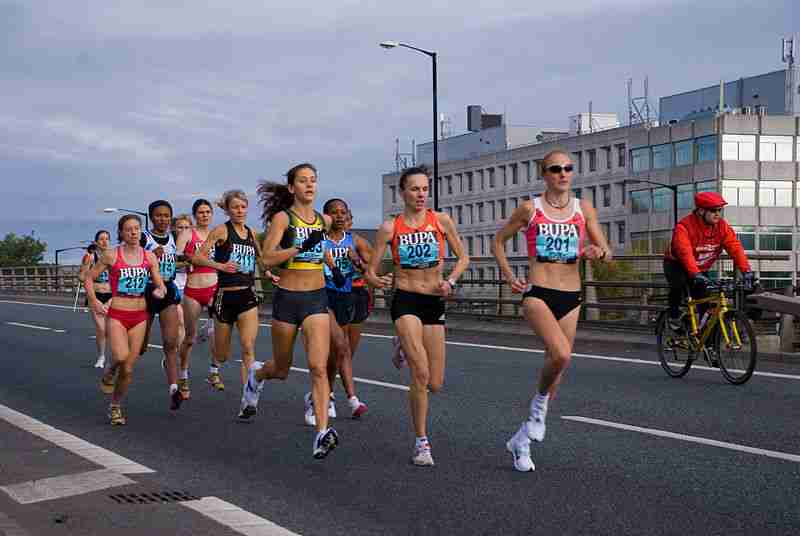 BOSTON (AP) – It resembles the symbol for infinity: a sideways “S” that Kara Goucher, Molly Huddle and other elite U.S. athletes suddenly are sporting on biceps, wrists and shins.

The tattoos are temporary. But the campaign they represent is an all-out attempt to permanently purge competitive athletics of doping.

“People are getting the impression that everyone’s dirty,” Goucher, a top-ranked marathoner based in Boulder, Colorado, told The Associated Press. “We need to build the sport back up in a positive light.”

That’s the goal of the Clean Sport Collective , a new anti-doping initiative making a splash on social media.

It launched this month with an aggressive campaign on Facebook, Twitter and other platforms. Olympians and amateurs alike have been publicly pledging to live, train and compete “clean” – totally free of banned performance-enhancing drugs – and taking selfies aimed at both inspiring and shaming track-and-field competitors, swimmers, cyclists, triathletes and others.

Significantly, their bully pulpit is getting a boost from the corporate world: Brooks Running, Oiselle, Skechers and other companies have signed on as partners.

Shanna Sparks Burnette, a former Division I collegiate runner, co-founded the Collective to get the focus off the cheaters and back onto athletes committed to drug-free achievement, whether at an Olympics or a local 5K.

“We really wanted to make a positive impact and change the narrative to celebrate the brands and all of the amazing and inspiring people who are doing it the right way,” she said. “The mentality is `win at all costs – do whatever you can do to get ahead.’ As a society of people, we need to not do that to each other.”

It’s been an especially tough year on the doping front.

Russia’s track and field federation remains barred from international competition, with no end in sight, and all but one member of the team was forced to sit out the Rio Olympics after the World Anti-Doping Agency issued a damning report into widespread use of banned substances.

Kenya, too, has been caught up in dozens of offenses implicating dopers who robbed clean athletes of winnings and glory. Last month, former Chicago and Boston Marathon champion Rita Jeptoo had her doping ban doubled to four years and was stripped of her Boston title from 2014, when she’d been hailed as a hero for winning the iconic race’s first running since the deadly 2013 finish line bombings.

Huddle, a two-time Olympian, said it’s gotten to the point where she wonders about some of the runners who outkick her in international competition.

“Sports are supposed to be inspiring to people watching them, but there’s so much cynicism implanted now,” said Huddle, who wore the Collective’s tattoo on the back of her hand while finishing third at this month’s TCS New York City Marathon, her debut at the 26.2-mile distance.

The upstate New York native, who now lives and trains in Providence, Rhode Island, is calling for a one-strike-you’re-out approach to the doping scourge – a lifetime ban, not just a brief suspension, for those who test positive once for a banned substance.

“That would put the fear in the back of an athlete’s mind: `What if I get caught?”’ she said. “Right now there’s just not enough risk.”

The Clean Sport Collective means business. Pro athletes who take the pledge promise to donate $25,000 to the nonprofit if they ever test positive. Those opting for the extra step of certification have to get bloodwork and a “biological passport” that attests they’re drug-free.

Corporate partners, likewise, commit to sponsor and invest in clean athletes only. And athletes of all abilities are using the hashtag #cleansportco to post about their vows.

To Kevin Rutherford, CEO of Nuun Life, a Seattle-based sports hydration and energy company, that makes sense for both the finish line and the bottom line.

“There are very few brands that are saying something outwardly. I just think we’ve got to take a stand and say we won’t stand for it – we’ll only work with clean athletes,” he said. “There’s been scandal after scandal. It’s talked about, it hits the headlines, and then it goes away. How do we make it a conversation, a movement? How do we make doping the smoking of sports?”

Jesse Williams, global sports marketing manager at Brooks Running, said contracts for the elite athletes he sponsors all contain a clause forbidding the use of performance-enhancing drugs.

“If we don’t hold our athletes to the highest standard, we’re not moving the sport forward,” he said. “If there’s no punishment for the crime, what’s the incentive to stop doing it?”

Huddle hopes the sport can clean up its act.

“Amazing still does exist,” she said, “and clean athletes are still getting it done.”