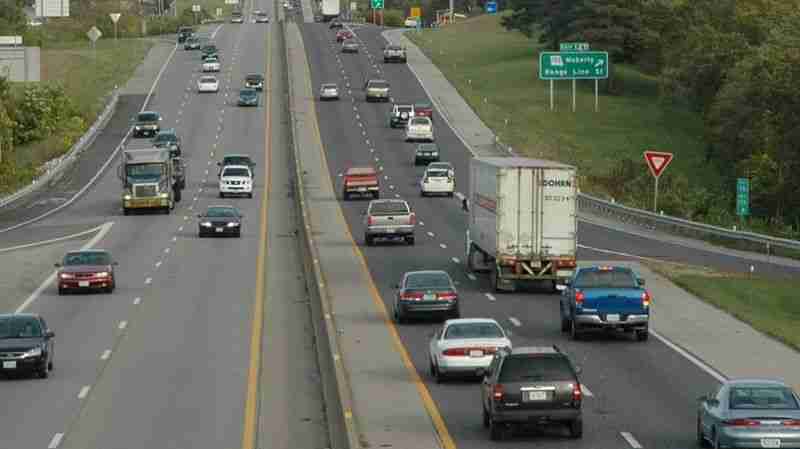 She is on her way to her first in a series of radiation treatments.

Gotchall helps her into the car, and then takes a seat behind the wheel.

“Have you ever ridden in an electric car?” he says as he backs out of the driveway of her northeast Salem home.

She is getting a lift through the American Cancer Society Road to Recovery program, which provides free transportation to and from treatment for people with cancer who do not have a ride or are unable to drive themselves.

Gotchall is one of 134 volunteer drivers across Oregon – and one of 10 for Marion County – who donate their time and the use of their cars so cancer patients have transportation for treatment, reported the Statesman Journal (http://stjr.nl/2gelkzW).

When patients ride with him, they ride in style. He drives a 2014 Tesla Model S, a luxury all-electric sedan.

It’s what he calls a “gee-whiz” conversation starter, something that helps his passengers take their minds off cancer treatment.

Gotchall has been a volunteer for the Road to Recovery program for more than two years and through October has given 338 lifetime rides. Only seven other drivers in Oregon have given more lifetime rides.

“Steve is definitely a very valued volunteer,” says Courtney Clark, mission delivery program manager of the American Cancer Society. “Patients love to talk about how they got to ride in a Tesla.”

Road to Recovery volunteers don’t need a fancy car, just a reliable one. They also need a valid driver’s license, proof of insurance, a safe driving record, some free time and the desire to make a difference.

“They know what a cancer diagnosis involves and what a patient needs,” Clark says. “They may have used help from us or one of our programs, and it’s their way of giving back.”

Gotchall gives back just because. Other than an aunt who was diagnosed with colon cancer about 10 years ago, he has had little experience with the disease.

“I feel very fortunate about that, and I just feel good being able to do this,” he says. “It’s one less thing for them to worry about. It’s such a wonderful program.”

He was looking for volunteer opportunities when he retired in January 2014. He and his father, Ray Gotchall, sold their company, Commercial Business Furniture.

Steve used some of his proceeds to purchase a Tesla, which had been named the Motor Trend Car of the Year the previous year. He swapped the company minivan for a sleek, sporty sedan. His is one of roughly 1,000 Teslas registered in Oregon, according to the electric vehicles program of the Oregon Department of Transportation.

Within a few months, Gotchall started volunteering for the American Cancer Society. He learned about the Road to Recovery program through a notice in the Statesman Journal.

The program is concentrated in eight Oregon counties where there are large cancer treatment centers, such as Salem Cancer Institute. With referrals for transportation increasing, more volunteers are needed.

“We have had patients go without rides,” Clark says, citing the most recent report that denotes 128 unmet needs in Marion County this year, or about 11 rides per month.

She says ideally the program that serves Marion County would have 20 drivers, or twice the current number.

Gotchall knows most of the other local drivers. They get together occasionally for lunch.

Volunteers sign up to give rides through an online portal, choosing times when they are available. Gotchall checks in about every other day to see what fits in his schedule, which also includes volunteering for American Red Cross blood drives.

He sometimes wonders whether other Road to Recovery volunteers feel like he’s hogging the ride opportunities.

“They’ve never thrown food at me when we have lunch,” he jokes. “As far as I know, there’s no bad feelings.”

Gotchall often signs up to give more than one ride to patients, like he did with Jeannene Glover. It allows him to connect with them, and for them to feel more comfortable.

“A lot of the time these drivers are driving a patient multiple times in their cancer journey, and they really become a support person for them,” says Clark, who oversees the volunteers statewide.

Gotchall has given Glover a dozen rides to radiation treatments at Salem Cancer Institute. They hit it off when he learned she has lived in her home since 1962, which used to be “in the country,” she says. Her husband, now deceased, owned Salem Transmission Service on 13th Street.

She also shared that years ago she went to Chemeketa Community College and lacked one class to get a degree in speech.

Even though Gotchall is behind the wheel, he always lets the patient steer the conversation.

“Some people are really quiet and don’t want to talk much,” he says. “Other people are talkative and very upbeat.”

Glover’s appointments are scheduled to last just 15 minutes, so Gotchall waits. He puts his “volunteer waiting for patient” placard on his dash while he parks in the circular drive between buildings on the campus of Salem Heath.

For a patient who has a chemotherapy appointment, which generally take a couple of hours, Gotchall will leave and then return to pick them up.

He is in the lobby of Salem Cancer Institute when he sees Glover walking toward the door, and he escorts her to his car. Glover still doesn’t notice the door handles, which are flush against the car until the driver approaches. They extend when they sense the key fob is nearby, and retract when not in use.

Other unique features include an all-glass panoramic roof and a battery that has a range of 265 miles.

While Glover isn’t floored by the idea of riding in an all-electric vehicle, she does seem fascinated by the Tesla’s massive, center-mounted 17-inch touch display screen on the dashboard.

As Gotchall explains what she’s seeing on the screen, he points out Interstate 5 to the east.

“That wasn’t there when we moved here,” Glover says.

Along the way, the two of them discover they have a connection. She graduated from Silverton High School in 1950, and his mom grew up in Silverton.

Gotchall typically doesn’t stay in contact with the patients he drives. He knows their names and their addresses, but once they no longer need transportation, their paths rarely cross.

“I wonder how they’re doing or whether they’ve passed away, but I don’t really look into it,” he says. “It would be depressing to find out later if they passed away.”