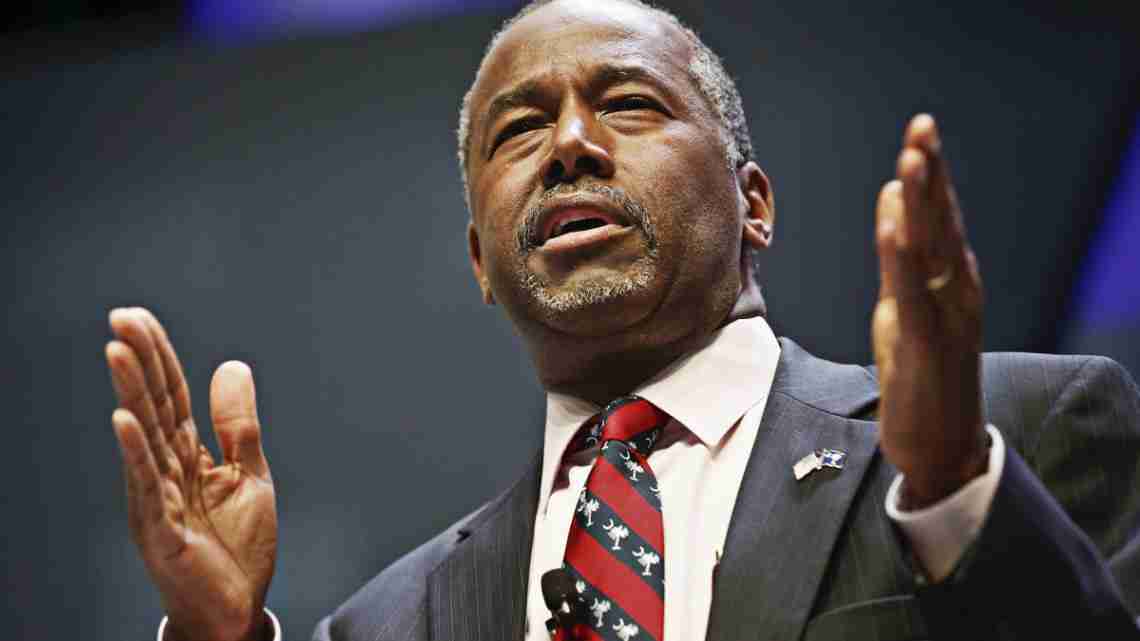 By BILL BARROW
ATLANTA (AP) – Ben Carson lambastes “Obamacare” as much as the next Republican presidential candidate, but the neurosurgeon-turned-politician has a history of health care ideas that puts him outside mainstream conservative thought on the issue.

Private insurance companies, he has said, should be little more than “non-profit service organizations,” with government capping their profit margins. Meanwhile, the federal government could offer catastrophic care coverage akin to the National Flood Insurance Program, paid for with taxes on insurers’ profits.

He has called for government regulators to determine, “with the help of medical professionals,” what providers can charge for care, ensuring “fair and consistent” payments “throughout the country.”

Once he declared his candidacy, Carson said he’d scrap Medicare and Medicaid, two longtime targets of conservatives,  and spend the money instead on giving every American $2,000 a year for a health savings account. Then he hedged and said Medicare and Medicaid beneficiaries could choose whether they wanted the stipend or their existing government coverage, though he has not explained how to pay for both structures at once.

Now, three months from when Iowa and New Hampshire voters cast ballots, Carson’s campaign is promising a policy announcement that will clarify just where the candidate stands on health care. “Once we issue our paper, there will be no more questions,” said Carson adviser Doug Watts.

Carson’s posture on health policy is an ideological mishmash that highlights his unconventional style, which he’s ridden to the top of several national and early-state polls. Yet it also raises questions about whether Carson can sustain that strong standing as he draws more scrutiny in a deep field.

His rivals have yet to criticize his health-care record aggressively, but at least one prominent conservative group has taken notice _ the same organization whose super PAC has spent $1 million in Iowa going after another GOP front-runner, businessman Donald Trump, for supporting tax increases and the use of eminent domain for private development.

Club for Growth accuses Carson of “philosophical fuzzy-mindedness” and says many of his health care ideas “come straight out of the left’s playbook.”

David McIntosh, the group’s president, said Club for Growth’s PAC has no plans to advertise against Carson, but he said Carson’s record makes it “seem like he’d still be learning on the job” if he were elected.

“We’ve wondered, does he have an appreciation for how a market works and whether people benefit from competition?” McIntosh said.

Watts said Carson has always been consistent in arguing that government and the insurance industry together have acted as inappropriate “middle men” between providers and patients. He said any Carson policy would curtail that with a “nuanced approach.”

In a 2012 book, “America the Beautiful,” he cited his Christian faith, “every time Jesus arrived in a new area, he first healed the sick,” in arguing that society “perhaps” should “make sure that the basic needs of the most helpless among us are taken care of.” He said the rest of the population, including people of modest means, should pay something for their care.

He delighted conservatives in 2013 when he declared: “Obamacare is really I think the worst thing that has happened in this nation since slavery.” And his proposal for health care savings accounts is standard fare among Republicans advocating “free-market” health insurance policy.

Yet the subsidies he has proposed for health savings accounts could end up as another version of existing subsidies that, under Obama’s health care law, help working-class citizens buy private coverage. The question, McIntosh argues, is whether Carson would, in turn, try to dictate coverage standards of private policies, as Obama’s law does.

Some of Carson’s commentary on insurers echoes criticisms Obama used in arguing for the 2010 law.

Carson has blamed for-profit insurers for squeezing out providers’ ability to offer more indigent care because hospitals and physicians spend so much money getting claims paid by insurance firms, which give providers low reimbursements. “Insurance companies call the shots on what they want to pay, to whom, and when,” Carson wrote in 2012.

Before he was a declared politician, Carson acknowledged that his views defy Washington’s typical ideological and partisan wrangle.

“Who is right?” Carson wrote three years before his campaign. “Those who feel that it is our moral obligation to treat everyone regardless of cost, or those who feel that rationing and other means of cost containment make more sense.”

Carson went on: “As with virtually all controversial issues, the answer usually lies somewhere in between, and compromise can be very helpful.”

Carson supporter Paige Mitts, a Georgia financial planner who worked previously in health care administration, said Carson’s statements do not worry her. “He’s trying to solve complicated problems,” she said. “Maybe we should consider it a good thing that he’s hard to put in an ideological box.”

Next post Gov. wants Congress to stop relocation of refugees to state