CDC director pledges to bring opioid epidemic ‘to its knees’ 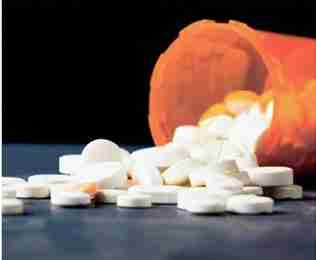 NEW YORK – The new director of the top U.S. public health agency on Thursday pledged to work to bring the nation’s opioid epidemic “to its knees” and said he believes the AIDS epidemic could be ended in three to seven years.

Dr. Robert Redfield Jr. made the comments at a staff meeting of the Centers for Disease Control and Prevention in Atlanta.

Redfield started the job Monday, less than a week after U.S. officials announced they were appointing him the CDC director.

The 66-year-old rose to prominence in the 1980’s as a top researcher into the emerging AIDS epidemic. Health leaders widely praised his appointment, but many are wary of an administration that has been criticized for challenging widely accepted science on climate change and other topics.

Since being named CDC director, Redfield has declined media interviews. During the 50-minute staff meeting at the CDC Thursday, Redfield said he is a firm believer in vaccines and other public health strategies for preventing disease and stopping its spread.

He called the opioid-driven surge in drug overdose deaths “the public health crisis of our time,” and he stressed the importance of getting treatment for addicts and enhancing the CDC’s tracking of the epidemic. “We will help bring this epidemic to its knees,” he said.

He also talked about his decades working in AIDS research and treatment. “Ending the AIDS epidemic in America is possible,” he said. “I think it can be done in the next three to seven years if we put our minds to it.”

He also told personal stories. One was about how his mother raised him and his younger brother and sister after the death of his father, a government scientist, at age 32. Another was about the death of his own son from complications related to childbirth.

Redfield _ who appeared with his wife, Joy _ seemed to be warmly received, greeted by frequent laughter and applause.

The meeting was at a CDC auditorium, but it was also broadcast over the internet and by phone to employees who couldn’t attend. An Associated Press reporter listened in.

Redfield had been a finalist for CDC director in 2002, but the job went instead to Dr. Julie Gerberding. On Thursday, he said he was “choked up” about finally getting the opportunity to lead CDC.

“My job is to help you be able to do yours,” he said. “I want to thank each of you for agreeing to have trust in my leadership.”

He said little about some controversies that emerged when his appointment was announced last week.

He did not discuss an episode that made headlines more than two decades ago, when he was scrutinized for overstating the effectiveness of an experimental AIDS vaccine that never panned out.

And he said little about his past writings about the importance of abstinence as a strategy for avoiding AIDS over public health strategies like condoms and distribution of needles to injection-drug addicts. In the forward of the book “Christians in the Age of AIDS” by Shepherd and Anita Moreland Smith, he urged readers to “reject false prophets who preach the quick-fix strategies of condoms and free needles.”

During Thursday’s meeting, Redfield said: “I have never been an abstinence only person. Ask my wife.”

The Atlanta-based CDC investigates disease outbreaks, researches the cause and frequency of health problems, and promotes prevention. It has nearly 12,000 employees and 10,000 contractors worldwide.

Redfield previously was a medical school professor at the University of Maryland, where he co-founded the Institute of Human Virology. He has extensive experience treating HIV patients as well as heroin addicts and has been praised for his work in Maryland on the opioid crisis.

Redfield replaced Dr. Brenda Fitzgerald, a Trump administration appointee who resigned in January after about six months on the job. Fitzgerald, who had previously run Georgia’s state health department, was embroiled in unresolved financial conflicts. HHS officials ultimately said her investments were affecting her ability to be involved in issues like cancer and the opioids crisis.