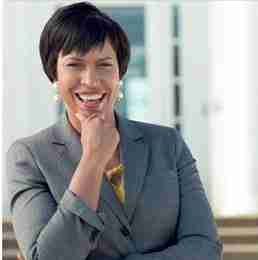 WASHINGTON, D.C. – Supporters of D.C.’s medical aid-in-dying law warned that if Congress uses its appropriations power to block funding to implement the law, it could spur opponents to seek a nationwide ban of such laws. Medical aid-in-dying laws give mentally capable, terminally ill adults with six months or less to live the option to get a doctor’s prescription for medication they can take to die peacefully in their sleep, if they decide their suffering is unbearable.

On Feb. 19, D.C. Mayor Muriel Bowser signed D.C.’s medical aid-in-dying law, “The Death with Dignity Act,” after the D.C. Council passed it by an 11-2 vote. A 2015 Lake Research poll shows two-thirds of D.C. residents support the law. Despite the overwhelming support for the law, Rep. Andy Harris (Md.)

and Sen. James Lankford (Okla.), members of the House and Senate appropriations committees, respectively, have threatened to block funding to implement it.

“It would also set a dangerous precedent that could embolden congressional opponents to ban medical aid in dying nationwide,” added Callinan.

Such a nationwide ban would invalidate laws in six states representing 18 percent of the nation’s population, where medical aid in dying has been practiced safely for more than 30 combined years: Oregon, Washington, Montana, Vermont, California and Colorado.

A Medscape online survey last fall shows doctors support medical aid in dying by a 21 margin, 57 percent to 29 percent. In addition, 58 percent of doctors in states without medical aid-in-dying laws said they had “been in a situation where [they] wished the patient could have taken advantage of such a practice.”

A May Gallup poll shows 73 percent of Americans support this end-of-life care option, including 55 percent of weekly churchgoers and 60 percent of conservatives. “If Congress made the unprecedented power grab to ban medical aid in dying nationwide, it would risk the wrath of its constituents,” concluded Callinan.

Compassion & Choices is the oldest non-profit working to improve care and expand options for the end of life in the United States, with 450,000 members nationwide. For more information, visit: CompassionAndChoices.org.

Next post Kendrick Lamar, Sheeran have top albums at mid-year