Diners may have to wait longer for restaurant calorie counts 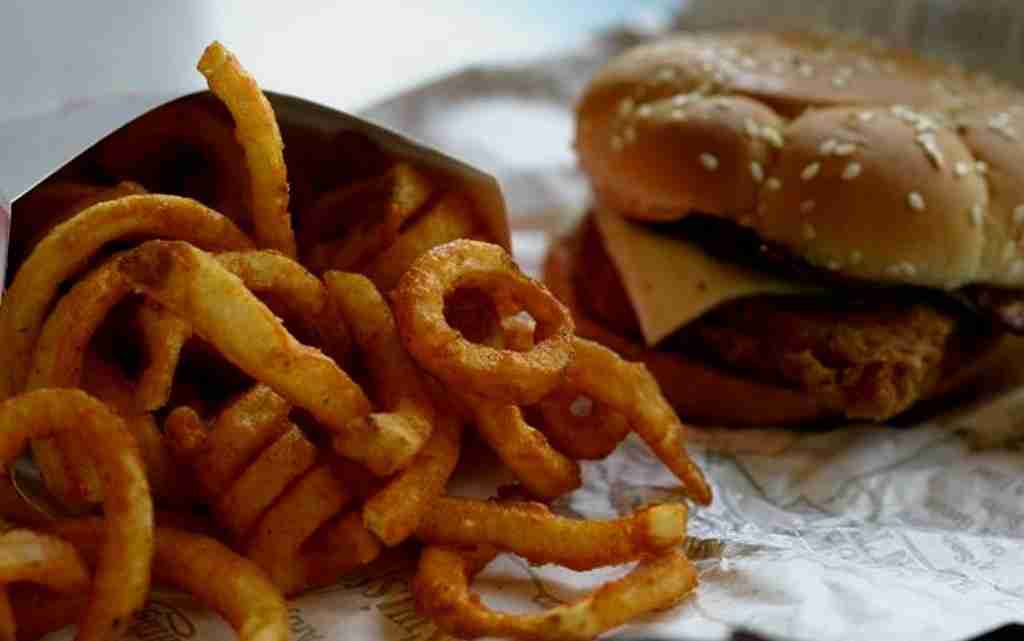 WASHINGTON (AP) – Consumers hoping to find out how many calories are in that burger and fries may have to wait – again.

New government rules to help people find out how many calories are in their restaurant meals are set to go into effect next week after years of delays. But they could be pushed back again if grocery stores, convenience stores and pizza delivery chains get their way.

Originally passed as part of the health care overhaul in 2010, the law requires restaurants and other establishments that sell prepared foods and have 20 or more locations to post the calorie content of food “clearly and conspicuously” on their menus, menu boards and displays. The restaurant industry has backed the law, but the delays have come as the other businesses that never wanted to be included say it is burdensome and have fiercely lobbied against it.

Facing a May 5 compliance deadline set by the Food and Drug Administration last year, those groups are eyeing a massive spending bill that Congress will have to pass in the next week to keep the government open. They’re hoping to either delay the menu labeling rules again or include legislation in the larger bill that would revise the law and make it easier for some businesses to comply.

At the same time, the FDA is signaling it may act on the issue even sooner. In a typical first step before a rule or decision is announced, the agency has sent language to the White House for review that would delay the compliance date.

FDA spokeswoman Deborah Kotz said in a statement Friday that the agency is “aware of the concerns” about the upcoming deadline and “is taking these concerns seriously as it considers how to best fulfill its public health mission while minimizing regulatory burden.”

A delay would be the latest of many. The FDA took more than four years to write the rules, and establishments originally had until the end of 2015 to comply. That was pushed to 2016 and then to May 2017.

The idea behind the menu labeling law is that people may pass on that bacon double cheeseburger at a chain restaurant, hot dog at a gas station or large popcorn at the movie theater if they know that it has hundreds of calories. But grocery stores and convenience stores have said the rules would be more burdensome for them than they would be for restaurants, which typically have more limited offerings and a central ordering point. The majority of prepared foods in grocery stores will have to be labeled – from the salad bar to the hot food bar to cookies in the bakery.

The industry groups are backing legislation by Rep. Cathy McMorris Rodgers, R-Wash., that would narrow labeling requirements for supermarkets by allowing stores to use a menu or menu board in a prepared foods area instead of putting labels on individual items. It would also allow restaurants like pizza chains that receive most of their orders remotely to post calories online instead of at the retail location, as the rules now require.

McMorris Rodgers, a member of House leadership, has been pushing for her legislation to be included in the spending bill. But if it’s not included, a delay by the FDA could give Congress the needed time to pass it.

With the nutrition-minded Obama administration out of office and President Donald Trump promising to repeal burdensome regulations, the businesses that have spent years asking for relief think they may finally have a chance to win some concessions. Jon Taets of the National Association of Convenience Stores says his group is doing “a full court press” to get some changes.

The American Pizza Community, an advocacy group for pizza companies, is also pushing for a revision. They say the FDA rules, which require menu boards in restaurants, don’t make any sense because most of their customers don’t come into the store.

The law “works for fast food and sit-down restaurants, but it does not work for pizza companies,” says Tim McIntyre, an executive at delivery giant Domino’s and head of the pizza group.

Nutrition advocates who worked closely with the Obama administration say the rules should go forward. Margo Wootan, a lobbyist at the Center for Science and the Public Interest who helped negotiate the original legislation with the restaurant industry, says the rules are important because people get a third of their calories from eating out and restaurant portions tend to be larger.

“Congress and the Trump administration should listen to the millions of Americans who want to make informed choices when eating out rather than the whining of a few special interests,” she says.

The National Restaurant Association also came out against a delay Thursday, saying an existing patchwork of state and local laws “will be even more burdensome.” Many restaurants have already posted the calorie labels, but they aren’t required to until next week.

Next post Protect Your Money: There’s an App for That

Previous post Despite no obvious 2017 starters, Dolphins happy with draft