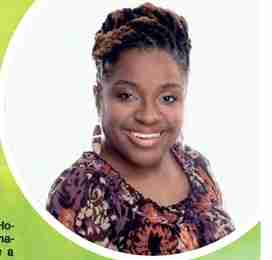 PHOTO COURTESY OF CARLOS ARISTIZABAL VIA KIA AT BLOGALICIOUS WEEKEND.

I truly believe our extraordinarily designed bodies are one of god’s most precious gifts to us. the way we take care of them so we can effectively live purposeful lives are one of the ways we say “thank you” to him.

But as the old adage states, “some things are easier said than done.” another popular adage says, “When America catches a cold, Black America catches the flu.” and the sentiment literally holds weight when it comes to health-related matters.

For decades, blacks have been at the bottom of the totem pole when it comes to life expectancy, sickness and disease.

And with President Donald Trump’s recent executive order pertaining to healthcare and the continued effort by many house republicans to repeal and replace the Affordable Care Act (ACA) – commonly known as ‘Obamacare’ – without a truly viable alternative, it is not certain whether many that have gained health care coverage will have the ability to keep it.

Knowing this, I believe holistic health is more important now than ever. I also believe it is fully possible to live a holistic lifestyle because god has placed all we need on the earth to sustain us and heal our bodies.

Many of the ailments we suffer from are a result of bad diet, lack of exercise, use of harmful products, chemicals in food, etc.

As a result, the pharmaceutical industry is thriving off a population that takes an array of drugs and prescriptions just to function daily.

However, there are many examples that show us we can be weaned off pills, shots, etc. if we change our lifestyles.

Now don’t get me wrong, I am not saying the practice of medicine is evil or following your doctor’s orders is bad thing. I actually have a couple of doctors in my family who i am extremely proud of and will call in a heartbeat to get a medical opinion.

I am, however, saying that we need to be more proactive than reactive. We need to be more diligent about what we are putting into and on our bodies, how much we are exercising and how our daily routine impacts our physical, mental, spiritual and emotional health.

Full transparency: I’ve been battling with uterine fibroids for almost a decade. I’ve had surgery for them twice and in neither instance did it stop my symptoms.

Though the doctor told me the first surgery was a success, I continued to have chronic symptoms, which led to me being anemic, continuing to experience severe pain and fatigue, being down for the count at least two days a month (I mean like unable to leave my home because the symptoms are so severe), etc.

Throughout the years, I have received second and third opinions and the doctors continued to say, there was nothing there. Then last year, I was diagnosed with fibroids again after having a severe episode and having to rush to the doctor’s office.

I was advised to have another surgery, despite my apprehension over the failure of the first, and, Lo and behold, they had to stop the procedure when my blood level dropped midway through.

Honestly, my aunt Lisha, who is really into holistic healing, had been asking me to try natural remedies for years, before I even had the first surgery. But I really wanted to get it over with and move on with my life.

Unfortunately, while surgery has helped many women (again I am not anti-medicine), in my case, it hasn’t solved my problems. So now, after doing more research, I am trying to work towards a lifestyle change that I hope will help me combat this issue once and for all.

I shared my story to say this: We only get one life and we cannot live it fully in poor health. While god has given us the knowledge of modern medicine, he has also given us many natural remedies that won’t cause one ailment while trying to treat another.

The late, great comedian Dick Gregory was a major proponent of natural healing. Diagnosed with lymphoma in 1999, Gregory chose to treat the disease with herbs, diet, exercise and vitamins. He credited his natural regime with causing the cancer to go into remission.

There are also countless other testimonials from people who have undergone lifestyle changes and achieved positive results in turning their health around.

These individuals are proof that we don’t just have to accept the diagnoses and treatments that befall us because we’ve been poor stewards over our health. We can take the necessary steps to avoid even dealing with certain health issues in the first place.

Therefore, we present to you our “Healthy Living Special Section: Nature’s Way to Holistic Health.” in it we’ve included information that we hope will help you create a regime that produces optimal health.

Because the truth is, I’d rather drink tea than take Tylenol any day! If you concur, then maybe, just maybe, you too should take control of your health nature’s way!

Let’s Be Healthy Together,

Next post ‘Tyler Perry’s Boo2! A Madea Halloween’ more Halloween-worthy than its predecessor