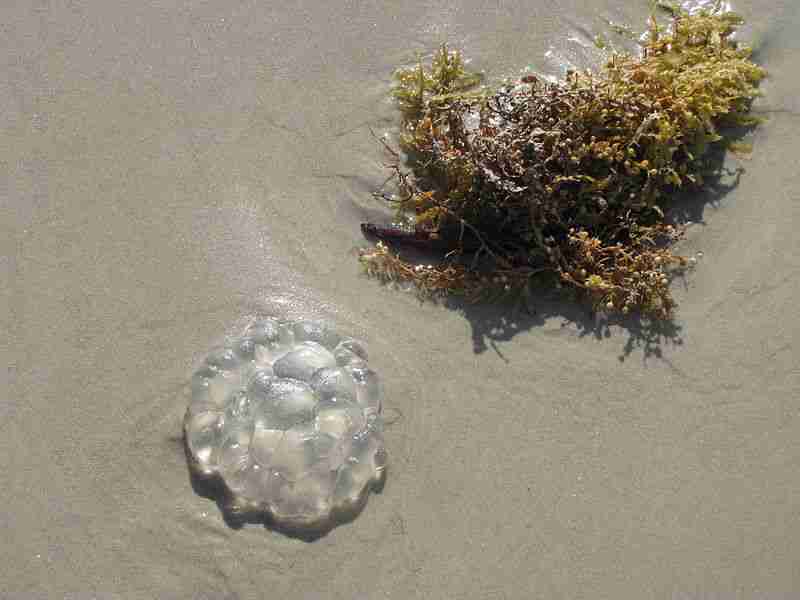 DAYTONA BEACH, Fla. (AP) _ Lifeguards along a stretch of central Florida beaches treated more than 600 people for jelly fish stings over the weekend.