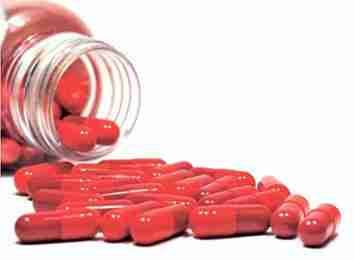 By LINDA A. JOHNSON

The positive result was a welcome surprise because three previous experimental drugs of the same type had failed.

Merck’s pill, anacetrapib, might eventually give high-risk heart patients a new option to add to cholesterol treatments that have helped prevent millions of heart attacks, strokes and deaths from heart disease. Cheap generics don’t cut those risks enough for many people, while two new cholesterol drugs cost $14,000 a year or more, so insurers have been restricting coverage.

The Merck drug works by blocking a protein called CETP. That’s a different way to control cholesterol than that of widely used, nowgeneric statins such as Lipitor and Crestor, and the newer injected drugs, Repatha and Praluent.

Anacetrapib was thought to benefit patients mainly by increasing HDL, or “good” cholesterol. Over time, Merck found it also significantly lowered “bad” cholesterol, or LDL, increasing the drug’s ability to prevent arteryclogging buildups of fatty plaques that can trigger heart attacks and strokes.

The company-funded study included 30,000 people, who were followed for more than four years. Half got the drug and the rest got dummy pills. Both groups also took atorvastatin pills, or generic Lipitor.

The size and duration of the study increased the chances that it would produce a positive result. Still, that might be just a modest improvement, Evercore ISI analyst Umer Raffat wrote to investors Tuesday.

Kenilworth, New Jersey-based Merck said it won’t release detailed study results until Aug. 29, at a European conference of heart specialists. That’s standard practice, but Merck raised questions about how well the medicine works by noting the company will consult with outside experts before deciding whether to seek regulatory approval to sell the drug.

Normally, when testing shows a drug is effective and fairly safe, drugmakers rush to apply for approval.

Merck’s apparent success with anacetrapib comes after three major rivals – Pfizer Inc., Eli Lilly and Co., and Roche Group – each saw drugs of the same type fail because of lack of effectiveness or dangerous side effects. Roche Group is starting a new test in heart patients with a particular genetic variation, Raffat noted.

In its brief statement, Merck said its initial analysis of study data found side effects were about the same as in earlier, smaller studies, with the most significant issue being that anacetrapib can accumulate and remain in fatty tissue long after taking the drug. It’s unclear whether that is harmful.