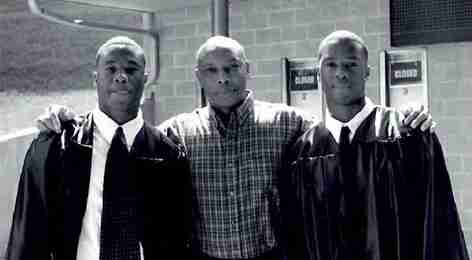 TALLAHASSEE, Fla.– Devard Darling said his family can finally feel closure after the Florida Legislature passed a bill on Tuesday to compensate his parents $1.8 million for the death of his twin brother, Devaughn Darling, a Florida State football player who died during team drills.

The bill’s passage comes more than 16 years after Devaughn Darling’s death. It’s been nearly 13 years since Florida State agreed to the cash settlement, but Florida law prohibits the university from paying more than $200,000 without legislative authorization.

Devaughn Darling died on Feb. 27, 2001, after doing indoor drills during offseason training. He had the sicklecell trait, which can make people vulnerable to illness from exertion.

His parents, Wendy Smith and Dennis Darling Sr., filed a lawsuit against Florida State in October 2002, alleging negligence by trainers. The university agreed to settle in June 2004, for $2 million.

Next post Jeb Bush optimistic he can buy Marlins