NFL’s been cagey on concussions 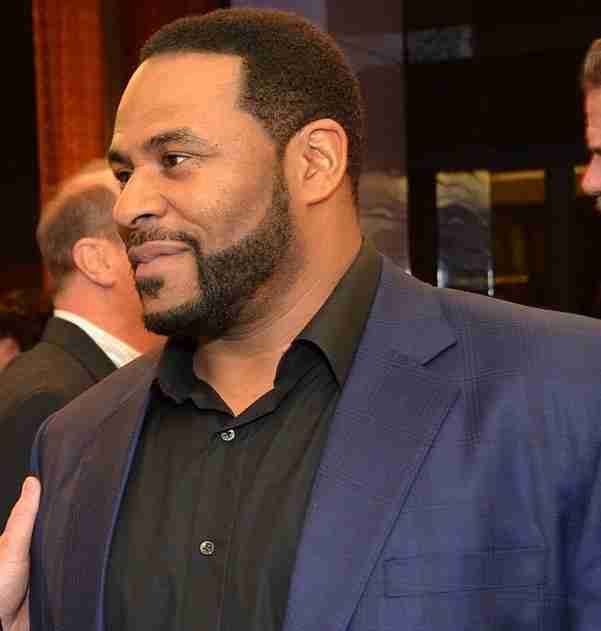 JERUSALEM – Hall of Fame running back Jerome Bettis says the NFL has taken advantage of its players by not sharing with them all the information it had about the risk of concussions.

After viewing an innovation expo in Jerusalem that included a presentation from ElMindA, an Israeli neuro-technology company that can help the NFL diagnose concussions, Bettis said Monday that he was encouraged by the progress but still perplexed about how transparent the league has been over the years.

“The problem is we don’t necessarily know all the things the league is doing.

Bettis, the NFL’s sixth alltime leading rusher, said he suffered concussions during his 13-year career, adding, “I don’t think you’ll find many guys that had a long career, played 10-plus years, that didn’t have a concussion.”

After years of denials, the NFL eventually acknowledged the link between repeated blows to the head during football and chronic traumatic encephalopathy, known as CTE. The issue also garnered wide attention following the 2015 Will Smith film “Concussion.”

Just last week, the first two claims in the NFL’s billiondollar concussion settlement were announced, with a total of $9 million in benefits. In the lawsuit filed in Philadelphia, the league was accused of hiding what it knew about the link between concussions and CTE, the degenerative brain disease that has been found in dozens of former players after their deaths.

In recent years, the NFL has undertaken a series of initiatives both on the field and off, including spending millions of dollars on research into head trauma.

“The NFL invests and collaborates with leading experts and innovators to advance progress in the prevention, diagnosis and treatment of head injuries,” league spokesman Brian McCarthy told The Associated Press.

Bettis is one of 18 members of the Pro Football Hall of Fame in Israel for a weeklong visit organized by New England Patriots owner Robert Kraft. In addition to boosting the fledgling local game, the delegation is also touring religious and historical sites, meeting prominent officials and learning about the country’s vibrant technology sector.

The delegation, which includes Joe Montana, Jim Brown, Roger Staubach and Mike Singletary, received presentations from 10 companies at the expo. ElMindA, which is at the forefront of the concussion research and has developed a system based on a database of electrophysiological brain recordings that provide personalized functional cognitive mapping, was clearly most relevant to the audience.

“We have had a number of conversations with the company and continue to monitor developments, but the technology is not currently being used,” McCarthy said.

Kraft’s company, The Kraft Group, has been an investor in ElMindA since at least 2015.

Three-time All-Pro Aeneas Williams said he was pleased with how the NFL was handling the issue and using technology to make the game safer. Williams, who retired in 2004 after 14 years in the league, said there are far more precautions in place than when he played. He was a teammate of Andre Waters and Dave Duerson, two former players featured in “Concussion” who suffered cognitive issues before killing themselves, then were diagnosed with CTE afterward.

“The technology, the adjustments that have been made, players being diagnosed immediately and having to stay out even against their own wishes. In the past, when I played, guys got back in the field or they just disguised it. We used to call it `having your bell rung,’” he said. “I am definitely excited about today’s player being able to get action real-time as to what’s going on with their brains.”

“I really think that may be overdone a little bit. I mean, I don’t think the game has ever been safer than it is now,” Kraft said, noting new rules, equipment and medical care available.

Through Football Research Inc., a nonprofit dedicated to the research and development of novel methods to prevent, mitigate and treat traumatic head injury, some of those initiatives include:

– Creating a program for head protection based in injury-prevention techniques proven successful in automobile safety technology.

– Creating incentives for industry to use the research and develop new protective equipment, potentially even including position-specific helmets. Kraft also emphasized the on-field moves the league has made.

“I mean we have independent doctors at the stadiums that can take a player out, and when I started in the league the head coach was really making certain decisions,” Kraft said. “So I think we have made great strides moving ahead in terms of the health of the game.”