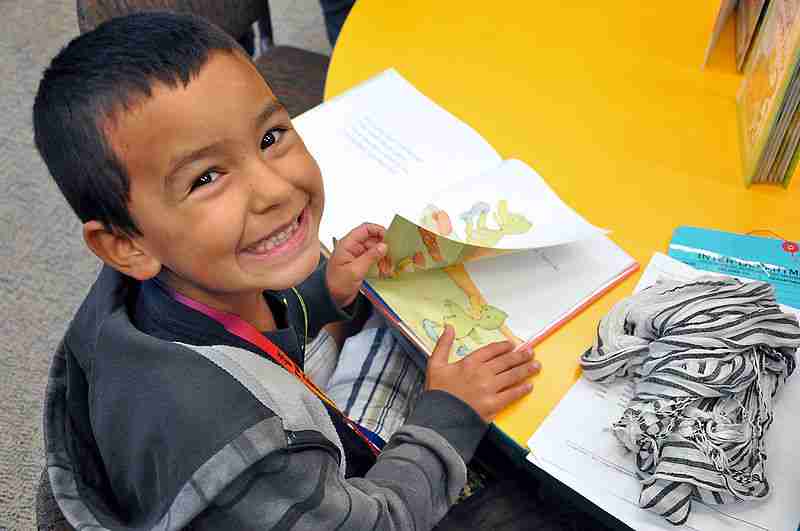 By LAUREN BAVIS
The (Bloomington) Herald-Times

BLOOMINGTON, Ind. (AP) – Katelyn Nordhoff probably hoped her students would wave their hands in the air to answer her question. Instead, they immediately shoved their fingers into their mouths.

To be fair, the question was: “Does anyone know how many teeth you have?”

“One, two, three,” one of the elementary schoolers seated on the floor of the Crestmont Unit Boys and Girls Club counted aloud, while others shouted out their best guesses.

There are two answers: 26 baby teeth and 32 permanent teeth. The youngsters, all between kindergarten and fourth grade, still have a mixture of both. And now, they all know that they should brush and floss those teeth twice a day to make their dentists proud when they see them twice a year.

Nordhoff, a junior nursing student at Indiana University, didn’t realize until she started her community clinical course this semester that many Hoosier kids living in low-income neighborhoods don’t have the opportunity to see a dentist twice a year. Some haven’t seen a dentist even twice in their lives.

“It’s kind of something you don’t even think about when you think of health care,” the 22-year-old said.

Nordhoff and her fellow nursing students have spent their fall semesters working at sites such as Volunteers in Medicine and Shalom Community Center to learn about health disparities in rural and low-income areas.

“A lot of these families … they don’t even have normal medical insurance,” Nordhoff said. “Even if they do have health insurance, it’s not dental insurance, so they still can’t go to the dentist as much as they need to.”

Hoping to scrounge up some toothbrushes to pass out to the kids who spend their after-school hours at the Boys and Girls Club’s Crestmont location, Nordhoff asked local dentists if they had extra supplies to donate.

With help from Bloomington Family Dental, Bloomington Dental Group and Todd Whitlock Dentistry, Nordhoff was able to put together 175 dental kits with neon toothbrushes, tubes of minty toothpaste and dental floss. The local dentists donated enough supplies that Nordhoff will be able to give any leftover kits to her classmates to distribute at the Shalom Center.

Nordhoff spent Wednesday afternoon at the club instructing the students on the best ways to brush and to limit the number of cookies and candy canes they eat this holiday season to avoid getting cavities.

“Being in the community clinical just opened my eyes to the needs of the community … how much some people really need more help and care,” Nordhoff said. “I think, especially in Bloomington, there are so many opportunities to be able to give back this time of year.”