For the man who has everything 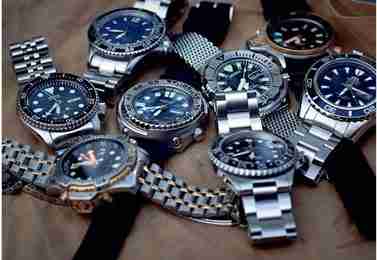 As an appointment was ending with the usual reinforcement of the treatment plan and small talk, my client asked, “So what do you want for Christmas, Doc?” I shrugged my shoulders, smiled, and said “Surprise me.” Though the question was likely just an automatic conversational response to the season, it made me realize it has been a very long time since I was actually asked that question from a point of true inquisitiveness and intent. Unfortunately due to perception and projection, at times I have been mistaken for the man who has everything.

When I look in my closet, I think it is a shame I have so many clothes and shoes while vowing not to make another purchase. I have a drawer full of electronic gadgets waiting to be used as a backup for the latest iteration of said gadget in the event it becomes lost, stolen, or broken, but just long enough to be replaced by a brand new one. I say with pride, and a bit of hindsight, I have a collection of 45 watches. As most of us, I have only two wrists and wear my watches one at a time. Do the math and the folly of it all becomes obvious. I rationalize these and other excesses from the perspective of since I don’t drink, use drugs, or cat around, these are reasonable outlets for enjoyment. As you shake your head in judgement, be sure to take a look at yourself. We all have excesses in our lives. If we really scrutinized those excesses, one may discover they would choose to not live without them, but could definitely live with less of them. We often tend to see such trappings, be they possessions, trips, or whatever else, as the perks and rewards of hard work and perseverance.

We have all grown up to internalize and even idolize hard work. We value the benefits and virtues, but often ignore the side effects. Many of us know very little else other than hard work. In fact most have been taught, as have I, you have to work twice as hard to get half as far as the other guy. Please don’t misunderstand me, hard work is important and needed, but it is not the end all and be all in life and success. Though balance is the key, it is often seen as a weakness.

When hard work becomes the sole object of one’s actions, it is easy to lose sight as to why you are doing all that hard work. The process becomes an insulating and isolation barrier between you and the world around you. As that barrier grows, making it nigh impenetrable, its security induced arrogance often fosters the illusion of seeing oneself as the man who has everything, when in fact you are just the opposite: your efforts have resulted in isolation from the things and those who are truly important and meaningful in your life. Not a good thing. Take it from one who knows.

So the next time someone asks you what you would like for the holiday, or any other occasion, I suggest thoughtful consideration. Even if you have … or have not … acquired every conceivable material possession and contentment your view of the world offers, I suggest a gracious request for “…prayers and good wishes.” No one will ever have enough of those two precious things.

Next post Americans must replace bitterness with truth and reconciliation

Previous post How to avoid destroying your parent-child relationship