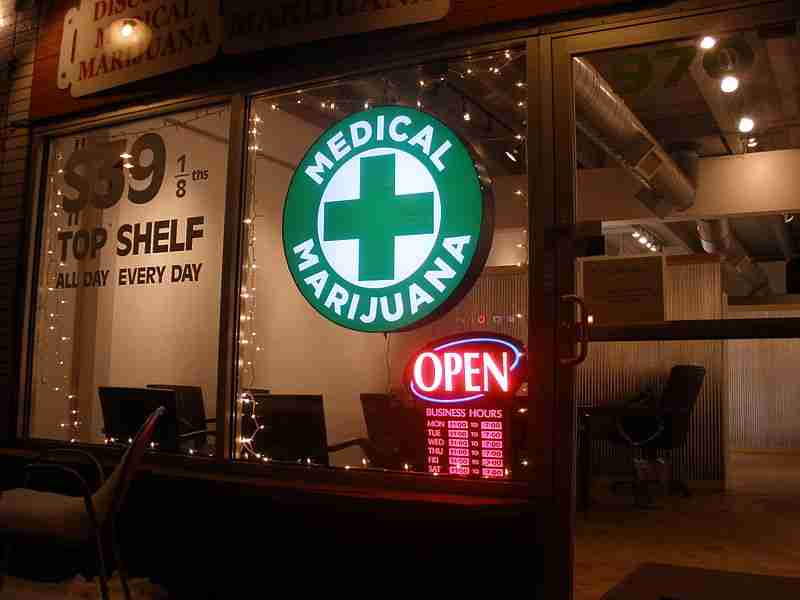 PORTLAND, Maine (AP) – A handful of recreational marijuana legalization drives has the medical pot industry bracing for something it never expected to deal with: competition.

Legalization is on the ballot in five states this November, and all five currently allow some form of medical marijuana already.

Growers, medical professionals and users of medical marijuana say they worry that people who want medical marijuana will buy it on the open market instead of going through the hassle of getting a doctor’s recommendation.

“This is being structured for big corporations to come in and in a very short period of time wipe out the caregivers,” said Lori Libbey, a board director of a Maine group campaigning against legalization and a nurse who administers cannabis. “I wonder who is going to be able to provide for pediatric patients.”

But in Maine and the other states considering legalization, others in the marijuana business are very much looking forward to the possibility of legalization. And some proponents believe medical marijuana professionals just don’t want to lose their monopoly.

Recreational legalization measures are also on ballots in Arizona, California, Massachusetts and Nevada. Concerns from medical marijuana professionals have also cropped up in those states, and they have echoed similar struggles in states that have already legalized recreational marijuana, such as Oregon and Colorado.

Competition in the marijuana market has become part of the landscape in Colorado, which saw nearly $1 billion in sales of medical and recreational marijuana last year. The state went legal in 2012.

Paul Armentano, spokesman for the leading marijuana legalization group NORML, said some medical users and advocacy groups worry about potential corporatization of marijuana as the market expands. Tension between medical and recreational marijuana supporters, he said, has already become an issue in California.

NORML is sensitive to the concerns of medical marijuana users, Armentano said, but also understands some of the consternation is about angst over free-market competition.

“There is a concern among individuals who largely have the marijuana market solely to themselves that the advent of broader legalization will introduce competition into the existing market and that competition will pose a threat to their existing business model,” he said.

In Massachusetts, the language has alarmed some critics who fear passage of the ballot question could compromise or perhaps even overrun the state’s medical marijuana program, which has already been slowed by regulatory delays since Massachusetts voters authorized it in 2012.

Nichole Snow, executive director of the Massachusetts Patient Advocacy Alliance, said her group, which supports medical marijuana recipients, is neutral on the ballot question and uncertain of its potential impact.

“I hope there is still patient focus (if) this initiative passes,” Snow said.

Americans for Safe Access, an organization that advocates for legal access to medical cannabis, said recreational marijuana programs should be kept separate from medical marijuana.

The group sees potential “competing interests” between the two if they are comingled, said Beth Collins, a leader of the organization. The group also sees potential harm from the possibility corporatization of marijuana, Collins said.

“On the negative side, big business may try to impose regulations to keep other players out, which could lead to fewer products,” she said. “The best medical cannabis programs allow for both large and small businesses along with access via patient or caregiver cultivation.”

Some ardent proponents of medical marijuana are on board with broad legalization.

Carey Clark, a member of the board of directors for the American Cannabis Nurses Association, said recreational legalization will allow people who use marijuana as medicine to have easier access to it.

“When it’s legal we’re going to see an increase in quality and a decrease in cost, and that is really good for people who need access to this medicine,” Clark said. “Things will be labeled and they’ll know what they’re getting.”