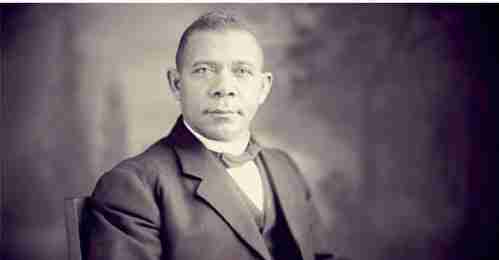 In April of 1915, Booker T. Washington pro “National Negro Health Week,” recthat “without health and long life, else fails.” His idea gradually evolved into the month of April as National MiHealth Month to raise awareness and help eliminate the health disparfacing racial and ethnic minorities.

National Minority Health Month offers a to call attention to the deep injusexperienced by people of color and an to highlight the accomplishof black public health champions have worked to protect and advance health of marginalized communities.

If we trace history, it’s clear that the medical didn’t think the Hippocratic Oath non nocere, or “first, do no harm,” to citizens of color. The glaring truth is that science does not in isolation from systems of deeply racism and oppression that plague political and cultural institutions in United States – particularly when it to health.

Such systems have been used to justify uncruel and inhumane medical experformed on enslaved people, which were only replaced in Jim Crow era by pervasive medical misthat resulted in untold fatalities.

Racist medical practices were tolerated, if explicitly condoned, by professional orsuch as the American Medical through the late 1960s. The government-funded Tuskegee SypStudy, which effectively denied syphilis to nearly 400 black men over the of 40 years, ended in 1972, but a forapology was not issued for this deliberviolation of human rights until 1997. And in doctors’ offices and hospital rooms the United States today, race remains significant predictor of the quality of a person will receive. But perhaps just as troubling as the underof racism in science and medicine the relative obscurity of racism in the hisnarratives propagated by dominant culture.

That modern medicine was built on the of marginalized populations is well and indeed has been lived by but it is far from being accepted as universal truth.

Meanwhile, the contributions of black scientists, doctors, and health advocates have routinely been eclipsed by those of their white colleagues or are absent entirely from historical records.

These advocates range from high-profile figures like Dr. Regina Benjamin, the 18th U.S. Surgeon General who shifted the national focus on health from a treatmentbased to a prevention-based perspective, to grassroots activists like Detroit’s Malik Yakini, who in 2006 founded the Detroit Black Community Food Security Network to ensure that Detroit communities could exercise sovereignty and self-determination in producing and consuming affordable, nutritious and culturally appropriate food.

They include Byllye Avery, who in 1974 established the Gainesville Women’s Health Center to expand critical access to abortions and other health care services to black women, and Dr. Camara Jones, former president of the American Public Health Association, who skillfully brought the impact of racism on health and well-being to the forefront of the public health agenda.

These figures even include Bobby Seale. Though he may be best remembered as the co-founder of the Black Panther Party, Seale worked to establish a dozen free community health clinics nationwide and a free breakfast program that grew to serve 20,000 children in 19 cities around the country.

“I really had to not only introduce and make the black community comfortable with seeing for the first time a young female physician, because all of the physicians at that time were all older males,” Simpson said in a video released by the University of Miami.

It is imperative that we not only highlight the health disparities experienced by communities of color that have resulted from interlocking structures of oppression, but also recognize the leaders who have stood on the frontlines demanding change.

This must not happen only during National Minority Health Month, but continuously. The work of these leaders both underscores a powerful legacy of social and political advocacy among marginalized communities and serves as a powerful reminder of how far America has to go.