Snacks with added fiber a part of Nutrition Facts delay 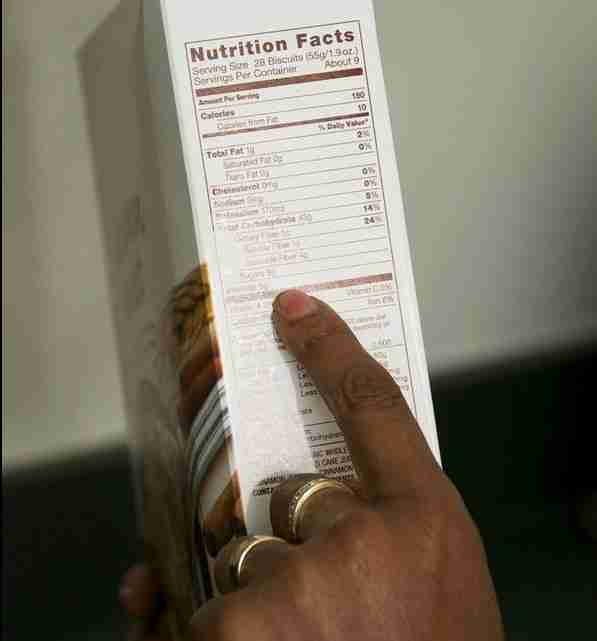 NEW YORK (AP) – Snack bars, cereals and brownies with added fiber may not appear as filling under a new labeling rule.

A little-discussed aspect of the revamped Nutrition Facts panel, which was postponed this week, is that it could change what ingredients products like Fiber One bars can count as dietary fiber.

The Food and Drug Administration says added ingredients need to have a health benefit to be counted as fiber on the new panel. And many ingredients that are currently used to boost fiber counts haven’t yet gotten the green light to keep doing so.

General Mills Inc., for instance, says its Fiber One brownie has 90 calories and 5 grams of fiber. The brownie lists ingredients like sugarcane fiber and xanthan gum, which are among those being reviewed by the FDA.

Bridget Christenson, a General Mills representative, said the FDA has received “more than ample scientific support” for the ingredients the company uses to boost fiber. She said General Mills does not expect it will need to make any recipe changes.

So far, the FDA has cleared seven fiber ingredients to be counted as fiber. Clearance is pending for another 26 ingredients.

Bonnie Liebman, director of nutrition at the Center for Science in the Public Interest, said she thinks food makers “will convince the FDA to approve most of the 26 fibers,” since it’s not that difficult to demonstrate some health effect on traits like bowel function. But she said the problem is that such added fibers may lead people to think foods like snack bars are healthier treats.

“Our position is that none of these fibers should count,” Liebman said of the 26 fibers under review and five of the seven that have been approved.

Products with labels touting fiber on their packaging accounted for $12.34 billion in U.S. sales for the year that ended April 1, according to Nielsen. Sales had climbed in 2013 and 2014, but slipped back more recently.

The ingredients in question include only synthetic fibers or fibers that have been isolated from foods – not those that occur naturally and are kept intact. So the fiber from oatmeal or chopped apples could continue to be counted as fiber. But isolated “apple fiber” is among the ingredients the FDA is reviewing, as well as gum acacia, pea fiber and rice bran fiber.

Until this week, companies had a July 2018 deadline to start using the new Nutrition Facts panel, which makes it easier to see how many calories and how much added sugar are in products. The Food and Drug Administration said it was pushing back that date this week, though it has not yet announced a new deadline. Industry groups have asked to postpone implementation until 2021.

The FDA said it can’t comment on when it expects to determine whether the 26 ingredients can be counted as fiber.

Companies could use the fibers the FDA has already cleared, including psyllium husk and cellulose. But there are many more fibers with different properties that might work well in particular products, said Robert Burns, vice president of health and nutrition policy at the Grocery Manufacturers Association, which represents major packaged food makers.

Burns said there’s no reason to think that fiber ingredients would be any less beneficial when they’re isolated and added to a product, versus when they’re consumed as a naturally occurring part of a food. And if companies were to no longer use ingredients because they can’t be counted as fiber, he said, people may end up eating less fiber.

In the meantime, many are calling on the FDA to hurry up and implement the new Nutrition Facts panel, which makes it easier to see how many calories and how much added sugar are in products. Some companies have already started using the new panel, and those calling for a speedy implementation say that extending the time during which there are different versions in the marketplace could cause confusion.

Oreo cookie maker Mondelez, for instance, said it had been working toward the July 2018 deadline, and that its Wheat Thins crackers are already using the new panel.

Next post 5 Tips for Balancing Family, Work and Education

Previous post Change the NAACP or let it die?