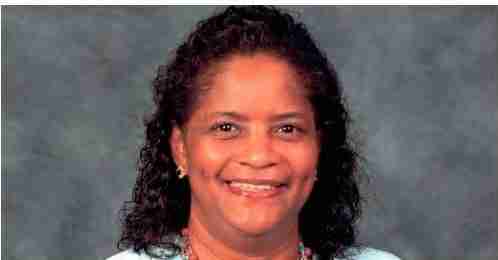 PHOTO COURTESY OF CENTER FOR THE BLUE ECONOMY

The study, Fumes Across the Fence-Line: The Health Impacts of Air Pollution from Oil and Gas Facilities on African American Communities, was launched Tuesday at a briefing at the National Press Club by NAACP and CATF, and supported by the National Medical Association (NMA).

Key findings of the study are:

• Oil and natural gas facilities are built near or currently exist within a half-mile of over one million African Americans, exposing them to an elevated risk of cancer due to air toxic emissions;

• The oil and natural gas industries violate the Environmental Protection Agency’s (EPA) air quality standards for ozone smog due to natural gas emissions in many African American communities, causing over 138,000 asthma attacks among school children and over 100,000 missed school days each year;

• There are 91 counties across the U.S. that are building oil refineries or where refineries exist close to more than 6.7 million African Americans, or 14 percent of the national population, disproportionately exposing them to toxic and hazardous emissions such as benzene, sulfur dioxide and formaldehyde.

These “fence-line” communities, or communities where oil and natural gas refineries are placed near the property lines or fences of African American and low-income people, are the focus of the groundbreaking study, providing data on the environmental racism that activists have been fighting for decades.

“Energy companies often deny responsibility for the disproportionate impact of polluting facilities on lower-income communities and communities of color,” said Kathy Egland, NAACP’s Environmental and Climate Justice Committee Board Chair. “It is claimed that in most cases the potentially toxic facilities were built first and communities knowingly developed around them. However, studies of such areas show that industrial polluting facilities and sites have frequently been built in transitional neighborhoods, where the demographics have shifted from wealthier white residents to lower-income people of color. Polluting facilities also reduce nearby property values, making them more affordable areas to live in for people who do not have the means to live elsewhere.”

“Studies of air pollution from the oil and gas industry have revealed emissions throughout the entire supply chain, from the wellhead to the consumer, with deleterious effects on communities around the country,” said Lesley Fleischman, Research Analyst for Clean Air Task Force and co-author of the study. “However, we’ve found that fence-line communities, including many African Americans, are suffering especially serious health consequences as a result of these emissions.”

The health impacts from the oil and natural gas supply chain described in Fumes Across the Fence-Line are based on data and analysis that were first quantified in two recent reports published by CATF. First, Fossil Fumes examined how air toxins are linked to increased risk of cancer and respiratory disorders in dozens of counties that exceed EPA’s level of concern. And Gasping for Breath, also published in 2016, estimated the health impacts from ozone smog caused by emissions from the oil and gas industry.