Florida Gov. Rick Scott has signed a bill that makes it legal for children who are victims of sexual battery to secretly tape record their abusers. The legislation comes after the retrial and acquittal of Richard McDade, a Fort Myers man who had been convicted of raping his stepdaughter. The girl stated the attacks started when she was 10, and continued for six years. She secretly recorded conversations with the man on an MP3 device, which was allowed as evidence at his trial. McDade was convicted in 2011. He appealed to the Florida Supreme Court, which ruled the recordings were illegally made and ordered a new trial. 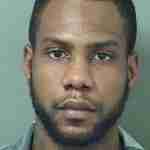 John Chapman, 25 of Miami is charged with the murder of his girlfriend, 28-year-old Vanessa Williams Bristol of Margate. Authorities say Chapman stabbed Bristol numerous times while they were riding inside her truck. An arrest report states he then dumped her body and the murder weapon in a ditch alongside a remote road in west Delray Beach. A passerby found Bristol’s body on April 19. At the time of his arrest, Chapman was already in custody in the Broward Main Jail on unrelated drug possession charges. He has been returned to Palm Beach County to face the murder charge. 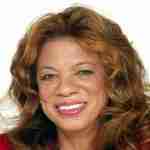 Republican Dan Bongino, a former Secret Service agent, is considering a run for the District 18 congressional seat.  Current Rep. Patrick Murphy, (D-Jupiter), is vacating the seat to run for the U.S. Senate. A number of Democratic candidates have also declared their candidacy to represent the district, including Palm Beach County Commissioner Priscilla Taylor. 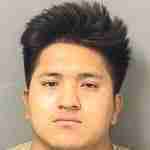 Brothers Noe Ramos, 28, and Uriel Ramos, 26, are charged with hundreds of counts of sexual battery on a 13-year-old girl. West Palm Beach Police say the men admitted to repeatedly raping the girl several times per week over the past three years. They are being held without bail in the Palm Beach County Jail. 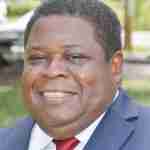 Patrick Jabouin held a kick-off event for the state District 95 House race to succeed term-limited Rep. Hazelle Rogers. The well-attended event included politicians, political operatives and community leaders who pledged their support of Jabouin. He is an experienced leader in the Broward Democratic Party and is a licensed Realtor. 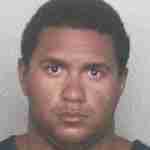 Francisco De Aragon, 26, a swimming instructor at the Deerfield Beach Aquatic Center, has been arrested on child molestation charges. Three children under the age of 10 have come forward alleging De Aragon, in separate incidents, touched them inappropriately while giving lessons. 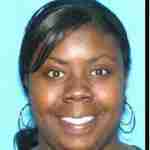 A Miami-Dade woman, Katie Lee Maultsby, 28, is on the run. Authorities say she is a suspect in the disappearance of her son, who was in the care of a guardian.  The boy was later located. Anyone who has seen Maultsby is urged to call Miami-Dade Crime Stoppers at (305) 471-8477.

Eric Brand, 44, is charged with three burglaries that occurred in the Westchester area, as well as battery on a law enforcement officer. Investigators believe Brand used a pickup truck to haul loot taken from several homes. The investigation continues and police believe there may be more victims. They ask anyone with information to call Miami-Dade Crime Stoppers at 305-471-8477. 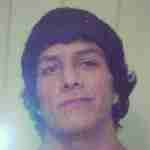 The Miami-Dade Police Department and the Monroe County Sheriff’s Office are at odds over who should investigate the death of Roberto Ornelas, 18, who died Jan. 5 after being tasered by a Monroe County Sheriff’s deputy in Key Largo on New Year’s Day. The teen was rushed to Mariners Hospital and later transferred to Homestead Hospital, where he died.

Ryan Moe, who was fired from his job as an investigator with the Monroe County Medical Examiner’s Office, is leveling serious allegations against the agency and Medical Examiner Thomas Beaver. Moe was fired after arguing with Beaver over the results of an autopsy. This controversy could have major implications, so stay tuned.

Robin Ingegno, a first grade teacher at Key Largo Elementary School has resigned after a parent reported her for suspected drunkenness on the job. School officials also found a cup of wine inside her classroom. According to published reports, a Monroe County School District official said toxicology screenings found “more than the acceptable amount of alcohol found in her blood.” 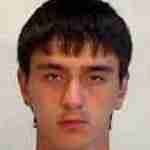 A Philadelphia man drove to Key West to find his former fiancée, then took her car with her inside and told her they were going to Miami against her will, according to Key West police. Ozod Alisherovich Mansurov, 20, faces kidnapping and battery charges after the long drive from Pennsylvania in pursuit of his former live-in girlfriend, Luiza Ramazanova.