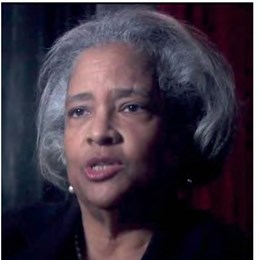 NEW YORK, NY – When Wilhelmena Rhodes Kelly hit a roadblock while researching her family history, a chance encounter at a conference with members of the Daughters of the American Revolution got her the help she needed to keep going.

Now, Kelly is helping the DAR have its own breakthrough moment. On Sunday, the lineage-based group, with a longstanding reputation as a bastion of white privilege, will install Kelly as the head of its New York state organization and the first African American woman on its national governing board. The milestone, Kelly and others say, reflects the efforts the organization has made in recent decades to encourage women of color to get involved, after a long history of exclusion.

The Daughters of the American Revolution was founded in 1890. The first black woman to join in modern times became a member of the organization in 1977.

Kelly, 72, who lives in New York City, joined the DAR in 2004 after tracing her own lineage to a white Virginian who donated supplies to the Revolutionary War efforts.

“The push is largely to encourage people to realize their own foundations and contributions to American history,” said Kelly.

Denise VanBuren, who officially becomes the DAR’s president on Sunday, said, “We’ve had a real awakening here that we have an obligation to try and tell the stories of some of those folk who history has left out of the history books.”

The Daughters of the American Revolution has around 185,000 members today. It doesn’t ask new members about their race, so there is no firm count on how many women of color are affiliated. Kelly said she has seen more non-white people join in the last decade, though, as genealogy has become even more popular among Americans.

The DAR is open to women who can show they are descended from someone who helped the revolutionary cause between the Battle of Lexington in 1775 and the withdrawal of British troops in 1783. Helping the cause could include a number of acts, including military service, civil service to the new provisional government or patriotic service, which includes those who donated supplies or gave medical aid.

An estimated 5,000 black soldiers fought on the American side during the war, but for most of its history, the Daughters of the American Revolution was entirely white.

The organization has included some of America’s most notable women among its ranks, including Eleanor Roosevelt.

But Roosevelt gave up her membership in 1939 after the DAR refused to allow a famous black singer, Marian Anderson, to perform at its Constitution Hall. Anderson gave a famous performance instead on the steps of the Lincoln Memorial. (She did perform at Constitution Hall in in later years, including as part of a farewell tour.)

The DAR didn’t include a black woman as a member in modern times until Karen Batchelor joined in 1977.

“There was no one else who looked like me,” said Batchelor, now 68.

She’s thrilled to see Kelly moving into a role on the national board and hopeful that her visibility will inspire other black women to look into their own family lines to see if there’s a Revolutionary War link. Discovering that she was related to the people who fought for U.S. independence was revelatory, she said.

“This discovery, it was mind-boggling, for the first time I said, ‘Wow, I have such deep roots in this country that I didn’t even know I had,’” she said.

“Now when the Fourth of July rolls around, I don’’t feel like I felt when I was a little girl, that maybe I was a click short of being really American because of the color of my skin,” she said.

“Now, I feel more American than apple pie, and that’s a good thing.”