A LOOK AT PREVIOUS HURRICANES THAT HAVE AFFECTED THE BAHAMAS 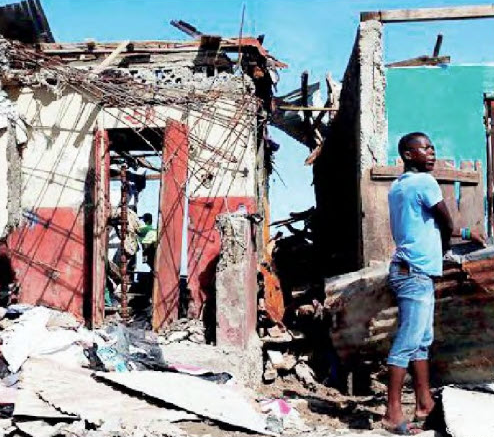 More than a dozen people were reportedly killed and hundreds injured.

1965: Hurricane Betsy, Category 4, caused an estimated $14 million in damage across the Bahamas, primarily to crops.

1992: Hurricane Andrew, Category 5, made landfall on Eleuthera at that strength but weakened to Category 4. It destroyed hundreds of houses in the Bahamas and reportedly left four dead.

2011: Hurricane Irene, Category 3, made four landfalls in the Bahamas, causing widespread material damages but no reports of fatalities.

2012: Hurricane Sandy, which peaked at Category 3, passed over the Bahamas before reaching the United States.

2015: Hurricane Joaquin, Category 4, meandered over the southern Bahamas, battering its islands for over two days. Joaquin caused extensive devastation and its storm surge trapped hundreds in their homes. Offshore, the American cargo ship El Faro and her 33 members were lost to the hurricane.