AAA: Giving up the keys could boost depression in older drivers 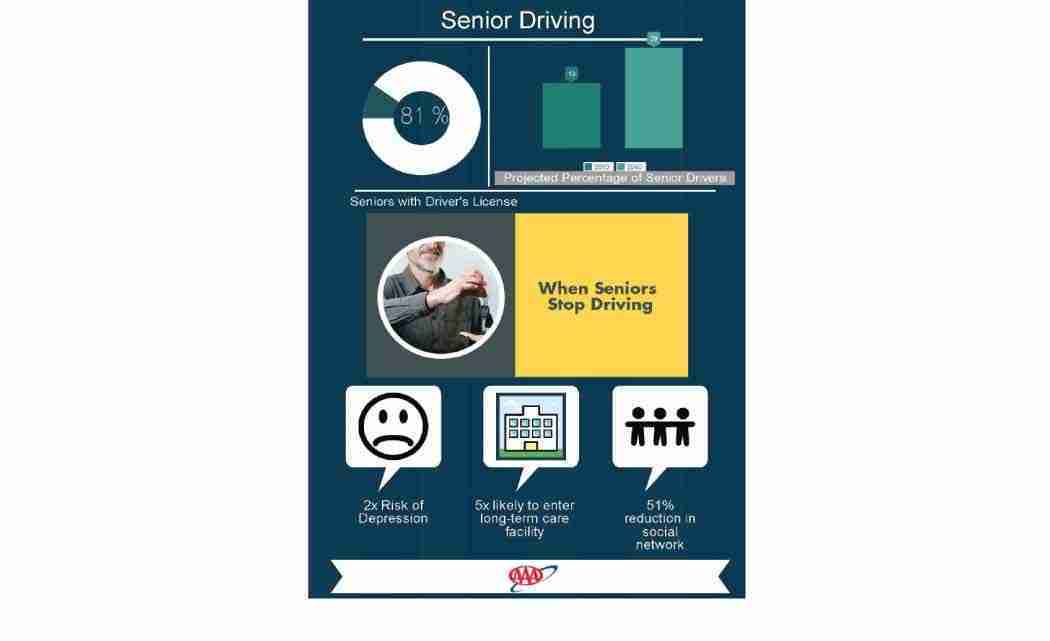 TAMPA — Older adults who have stopped driving are almost two times more likely to suffer from depression and nearly five times as likely to enter a long-term care facility than those who remain behind the wheel, according to a new report released by the AAA Foundation for Traffic Safety and Columbia University.  The study examined older adults who have permanently given up driving and the impact it has on their health and mental well-being. The importance of understanding the effects this lifestyle change has on older adults is essential, as the number of drivers aged 65 and older continues to increase in the United States with nearly 81 percent of the 39.5 million seniors in this age group still behind the wheel.

“This comprehensive review of research confirmed the consequences of driving cessation in older adults,” said Peter Kissinger, president and CEO of the AAA Foundation for Traffic Safety. “The decision to stop driving, whether voluntary or involuntary, appears to contribute to a variety of health problems for seniors, particularly depression as social circles are greatly reduced.”

The AAA Foundation’s report on Driving Cessation and Health Outcomes for Older Adults examined declines in general health and physical, social, and cognitive functions in former drivers. With the cessation of driving, the study found:

• Accelerated decline in cognitive ability over a 10-year period

“It’s important [that] older drivers have a plan in place that helps maintain mobility and independence once they have retired from driving,” said Michele Harris, a consultant for AAA – The Auto Club Group.

For more information on all the free resources AAA offers to older drivers, visit SeniorDriving.AAA.com.

Previous post Microsoft debuts Windows 10: Why it’s being given away free