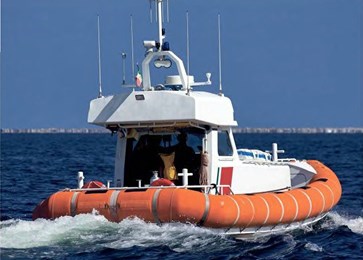 WASHINGTON — The American Civil Liberties Union, the ACLU of D.C., and the law firm Stroock & Stroock & Lavan LLP on Wednesday filed a lawsuit against the United States Coast Guard, seeking damages on behalf of four Jamaican fishermen who were secretly detained without due process at sea in inhumane conditions on four Coast Guard ships for over a month.

The case arises out of the forced disappearance and brutal treatment of four Jamaican fishermen, Robert Dexter Weir, Patrick Wayne Ferguson, Luther Fian Patterson, and David Roderick Williams as part of the Coast Guard’s unlawful detention and mistreatment policy that ramped up in 2012 as part of the United States’ “war on drugs.” Under this policy, the Coast Guard stops boats in international waters, searches them and their crew for drugs, destroys boats, and detains crewmembers for prolonged periods of time in inhumane conditions, regardless of whether any drugs are found aboard.

After stopping their fishing boat in the Caribbean Sea, the Coast Guard seized the fishermen and destroyed their boat by setting it on fire and riddling it with bullets. The Coast Guard held the men in secret for more than a month, chaining them to the exposed decks of four different Coast Guard ships all while denying them access to shelter, basic sanitation, proper food, and medical care. The ships made stops in Guantanamo Bay, St. Thomas, and Puerto Rico.

“The Coast Guard has no authority to kidnap and disappear fishermen who are trying to make a living for themselves and their families,” said Steven Watt, senior staff attorney with the Human Rights Program at the American Civil Liberties Union.