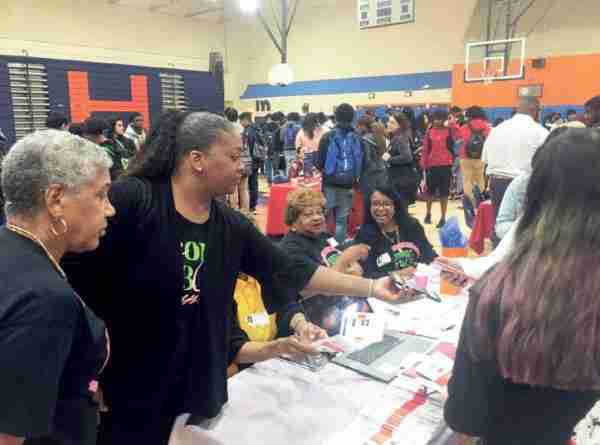 The objective of the Feb. 20 event was to expose Homestead students to the vast academic and athletic opportunities offered by institutions created to meet the higher education demands of African Americans, prior to the Civil Rights Act.

For a century following the abolishment of slavery in United States (in 1865), African Americans in the southern states were denied admission to postsecondary institutions for their education.

Similarly, several universities across the country adopted quota policies which restricted the enrollment number of Blacks to their institutions.

Thus, colleges and universities created for students of African descent were founded to educate subsequent generations of black intellectuals and professionals of color.

Currently, there are more than 100 HBCUs across the continental U.S. and Caribbean islands between the private and public sectors of education.

The college fair featured on-site admission and scholarship opportunities for qualiﬁed students to attend some of our nation’s top HBCUs.

Students who visited all the suggested stops to college admission were eligible to participate in raffles for cash prizes, gift cards to local attractions, or college survival guide publication.

By the fair’s completion, the sponsors were able to serve 1,000 students and award 60 college acceptance letters with scholarship offers.

The program helped to initiate a newly forged agreement between Homestead High School and its 30 HBCU Partners to recruit students from the area and offer them sufﬁcient support and ﬁnancial resources to attend their respective universities.