Alternative Supreme Court pick would have made history 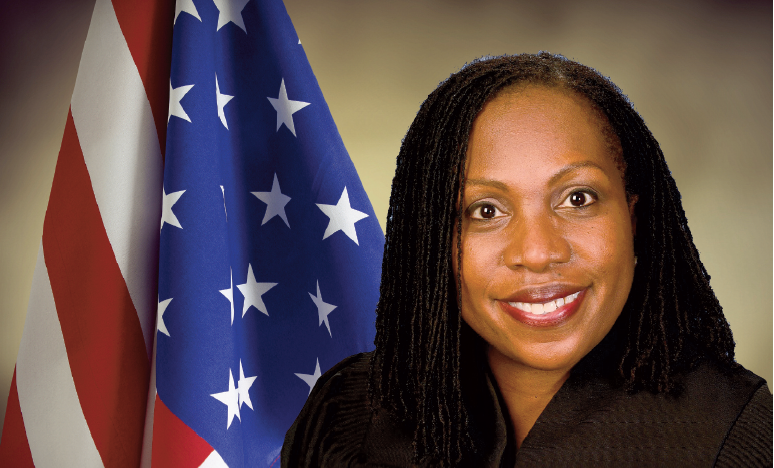 WASHINGTON – President Obama has made his choice to fill the vacancy on the US Supreme Court.  Current Chief Judge of the DC Court of Appeals, Merrick Garland was nominated on Wednesday, to replace Justice Antonin Scalia. Garland was appointed to the Court by then President Bill Clinton in 1997.  Since then, Garland has maintained a stellar judicial career.

Judge Garland is now the first of several Judges considered by Obama. All of the candidates are of impeccable credentials and reputations. One well qualified candidate said to have been considered by Obama is Ketanji Brown Jackson.   Had she been nominated and confirmed to the U.S. Supreme Court, she would have made history several times over. She’d be the court’s first black female justice. Her confirmation would mean that for the first time four women would sit on the nine-member court. And it would have meant two black justices would be sitting together for the first time.

As a nominee, Jackson also would have the advantage of a connection to Republicans, who have vowed not to confirm anyone nominated by President Barack Obama. She is related by marriage to Republican House Speaker Paul Ryan.

As a House member, Ryan doesn’t have any official say in the Senate’s confirmation of Supreme Court justices. But when Jackson was nominated to be a federal judge in the District of Columbia in 2012, Ryan introduced her at her Senate hearing and called her “clearly qualified.”

“Now, our politics may differ, but my praise for Ketanji’s intellect, for her character, for her integrity, it is unequivocal. She is an amazing person, and I favorably recommend your consideration,” he said.

Jackson also has one qualification common to court members: She’s a graduate of Harvard University and attended Harvard Law School, as five current justices did. At 45, she is younger than most members of the current court were when they joined the bench. Only Clarence Thomas, who joined the court at 43 and is the court’s only current black justice, was younger.

One wrinkle in any potential nomination may have been that Jackson currently is a judge in district court, the lowest-level federal court. Seven of the eight current justices, all but Elena Kagan, had been on appeals courts, one level below the Supreme Court, before being elevated.

Jackson also has been a judge for only three years, a fact that could be a benefit because it means she doesn’t have a vast paper trail. But it could also lead to charges that she isn’t experienced enough. Obama first nominated Jackson to be a federal judge in 2012. She was ultimately confirmed in 2013 on a voice vote, so no tally of votes was recorded.

Of course, now that Obama has chosen his nominee, Jackson will have to wait until the next vacancy for further consideration.