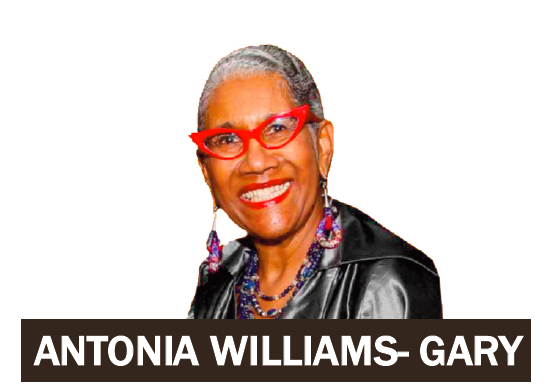 Yes, it’s morning in America but the skies are partly cloudy, with a good chance of rain. I’m afraid the rain will be tainted with poisonous venom spewed from the rhetoric laced throughout the recent Republican National Convention.

It was a train wreck, and like many of you, I could not turn away.

I watched nightly, and I listened to the pundits for hours after the closing events as they tried to parse the meaning of the various speeches, and the daily themes. Sometimes the speakers met the mark; just as often they missed. (I will not talk about Cruz nor the plagiarism.)

The best summary of the preceding week’s convention was given by Trevor Noah, satirist and TV show host who said, “There is no English word for nuance.”

This has been a season sorely lacking in nuance. For instance, the chant of “black lives matter” was suddenly interpreted as a threat to heavily armed police, and is being blamed for the violence and anarchy playing out in the streets of America.

I think we can all agree, it is a universally accepted notion, that every life is important; that every person has a birthright of being afforded the same opportunity to aspire to and achieve their greatest potential – all things being equal.

And, it is also reasonable that we should agree that it is the particularity of some lives (young, black males, LGBTQ, ability challenged, women, etc.) that, if not treated equally, under the laws, should then demand special treatment, keen attention, and corrective actions taken to right the wrongs perpetrated against them.

The unchecked abuses of power by certain police officers, rhetorical calls for stronger “law and order” measures, vitriolic rants and rage against “the other,” and escalating noxious notions coming from a candidate for the highest office of the land is, simply nightmarish.

But now the time has come to flip the narrative. The Democrats are meeting this week in Philadelphia, and here is what I         expect to hear:

2) Every life matters, therefore we need to continue to fight to make all persons equal under the laws of the nation.

3) We must remain a nation of hopefuls.

4) The world needs America to be led by a steady hand and head in the White House.

5) We need to work together to defeat Republican presidential nominee Donald   Trump and his message that is antithetical to all of the above.

What did you hear?

Regarding number one on my list, last week I listened to an almost hourlong videotaped sermon delivered by the Rev. Tony Evans on July 17 to his mixed-race congregation at the Oak Cliff Bible Fellowship in Dallas, Tx., a very large church with more than 10,000 members. The sermon was titled: “A Biblical Response on Race.” He discussed what scripture says (and, just as importantly, what it does not say) about how to treat one another from differing racial and religious groups.

I do not proselytize about any one faith. My belief system requires me to be open-minded about more than one established religion. But Evans’ sermon was so important that the Washington Post reviewed it on July 21, reporting that it had been viewed by over 150,000 persons by that date.

Evans threw down the gauntlet, challenging the Christian church saying, “If our pulpits were right we would have solved this problem of racism a long time ago.”

There was an interesting lesson from which I took the bottom line message: Be a Christian first, bringing all Christians under the same tent to address social issues from a theological perspective. Evans used verses from the Old and New Testaments of the Bible to illustrate how Christians should behave toward “the other”; i.e., using standards rooted in God’s word and not culture, history, or background.

The question is how to take the parallels from Evans’ message and apply them in the current electoral politics wherein the matter is being an American first.

I’ll begin to practice a new mantra: I am an American black woman.

Going forward, the question we need to keep uppermost in our hearts and minds is how do we continue on the trajectory begun eight years ago when we elected Barack Obama as the first American black man as president of the United States?

Is that nuanced enough?