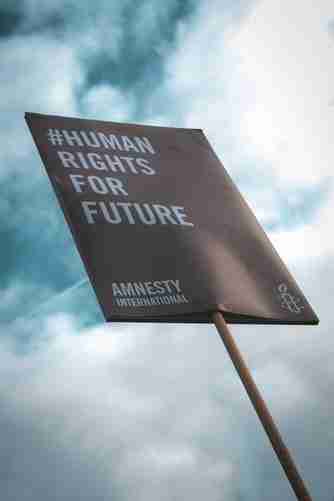 “This is latest in the incessant witch-hunt of human rights organizations by the government of India over unfounded and motivated allegations,” Amnesty International India said in a statement from New Delhi on Sept. 29.

The Ministry of Home Affairs responded by calling Amnesty’s claims “exaggerated  and far from the truth.”

“The organization has been compelled to let go of staff in India and pause all its ongoing campaign and research work. This is the latest in the incessant witch-hunt of human rights organizations by the government of India over unfounded and motivated allegations,” it said.

The Enforcement Directorate, a financial investigation agency of the government, was responsible for freezing Amnesty International India’s bank accounts. This is not the first time that a government agency has cracked down on Amnesty.

On Nov. 5, 2019, the Central Bureau of Investigation accused Amnesty International India of violating the Foreign Contributions (Regulation) Act, which governs the acceptance and use of foreign donations by nongovernment agencies. An amendment to FCRA currently being considered by parliament has  been sharply criticized by international human rights organizations for its restrictions on access to foreign funds and the addition of more regulations.

Amnesty International had worked in India for eight years and had 150 employees at the time of closing.

“Since 2018, the offices of Amnesty International India have been raided twice by various investigative agencies,” said Avinash Kumar, the operation’s executive director. “However, till now, no formal charges have been framed or even filed in any court of law.

“The establishment’s growing intolerance of critical voices is evident from the particular increase in the harassment of Amnesty International India when it supports people’s rights in Jammu and Kashmir or highlights police brutalities.”

Amnesty International India launched its Let Kashmir Speak campaign after the Indian government imposed a strict lockdown on Aug. 5, 2019, in the troubled region over which India, Pakistan and China all lay claim.

In September 2019, the Enforcement Directorate served notice on Amnesty International India for alleged violations of the Foreign Exchange Management Act.

“There was a prolonged media trial against the campaign with TV channels running prime-time shows to discredit the work of the organization and its call for accountability,” said Avinash.

Amnesty International testified at a U.S. Congressional hearing on Oct 22, 2019, on human rights in South Asia, with a specific focus on Jammu and Kashmir.

“The offices of Amnesty International India and the residence of one of its directors were raided by the CBI [Central Bureau of Investigation] on Nov. 15, 2019,” said Kumar.

The government refutes Amnesty’s allegations that it has conducted a “witch hunt.”

“The stand taken and the statements made by Amnesty International are unfortunate, exaggerated and far from the truth,” the Ministry of Home Affairs said n a press statement. (This quote came in the first part of the story)

“Amnesty International had received permission under the Foreign Contribution (Regulation) Act (FCRA) only once and that was 20 years ago. Since then Amnesty International, despite its repeated applications, has been denied FCRA approval by successive governments since as per law it is not eligible to get such approval,” the statement said.

“Amnesty is free to continue humanitarian work in India, as is being done by many other organizations. However, India, by settled law, does not allow interference in domestic political debates by entities funded by foreign donations. This law applies equally to all and it shall apply to Amnesty International as well.”

In August this year, Amnesty alleged in an investigative briefing that police had failed to stop Hindu-Muslim riots that left 53 people dead and roiled the national capital New Delhi in late February.

“Amnesty has ruined India’s image abroad by selective reporting, be it in the case of Jammu and Kashmir or the Citizenship (Amendment) Act,” said Priyadarshi Rathod, a human rights activist from New Delhi’s Jawaharlal Nehru University.

The Citizenship (Amendment) Act, passed by the Indian parliament in late 2019, aims at fast-tracking the process of granting citizenship to non-Muslim minorities from Pakistan, Afghanistan and Bangladesh. It has been criticized for targeting India’s 200 million Muslims and has prompted pan-Indian protests.

“Amnesty will never talk about the fate of Uighur Muslims in China,” said Rathod. “It is not a wise decision to oppose civil societies in a democratic country. But at the same time, civil society should be responsible.”

Rahul Eashwar, a right-wing activist, said Amnesty India’s operations did not stop because of government pressure.

“They took a decision themselves,” he said. “They should have fought in court if they had any real issue.”

Kumar, for his part, said civil societies in India are under pressure.

“Amnesty International India operated through a distinct model of raising funds in India that does not fall under FCRA regulations and in absolute accordance with domestic and international laws,” he said.

Action Aid International, another nongovernment organization, said it was also concerned about the implications of recent amendments to FCRA passed by the Indian parliament.

“(It) will impact the work of social organizations of India, especially those small grounded organizations who work closely with poor and vulnerable communities, across different states including the most under-develop areas,” it said in a statement provided to Zenger News.