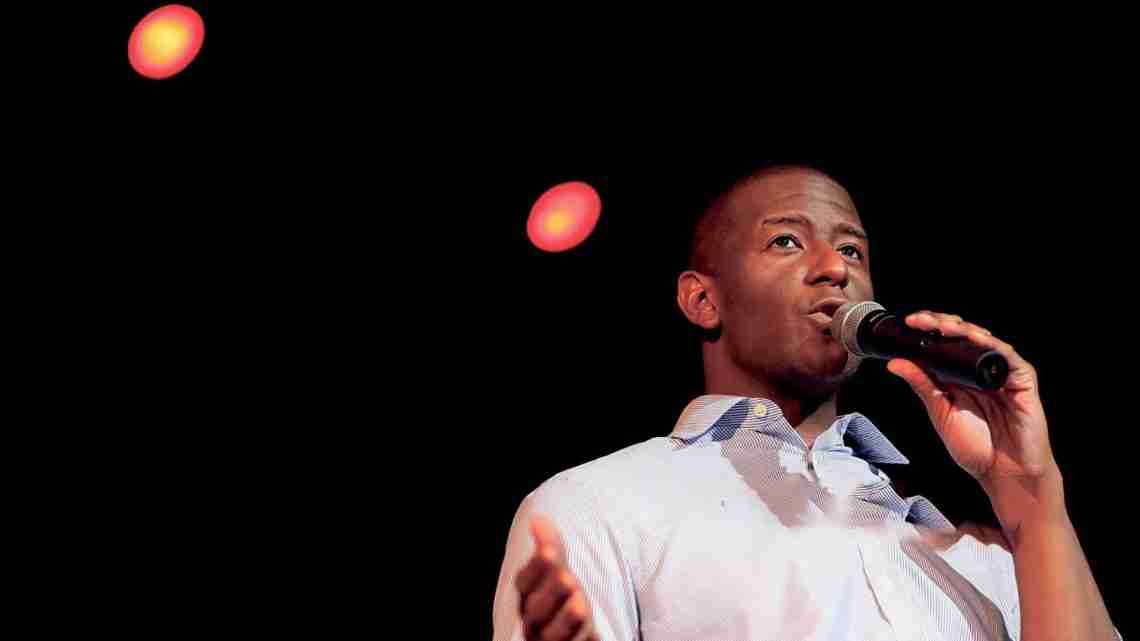 MIAMI – Since Monday when former gubernatorial candidate Andrew Gillum revealed on the Tamron Hall Show that he is bisexual, opinions abound- whether in the streets, or on social media, or amongst relatives -everyone is still buzzing about the explosive interview conducted by Hall, an Emmy- winning journalist. Hall scored the interview after meeting Gillum and his wife, R. Jai at a Tyler Perry function in Atlanta and after having some common acquaintances with R. Jai.

It was a much sought-after interview after Gillum was found inebriated in March in a Miami hotel room with a reported gay male escort who had allegedly overdosed on drugs.

Gillum was considered one of Florida’s golden politicians who lost the 2018 Governor’s race to Ron DeSantis by only a sliver.

Prior to the scandal Gillum was considered one of Florida’s golden politicians who lost the 2018 Governor’s race to Ron DeSantis by only a sliver. He was also said to be on a short list of those considered a vice presidential running mate.

But it all came crashing down in the hotel scandal which left many with dashed hopes of him one day leading the Democratic Party.

He spoke candidly to Hall about the fateful night and his marriage, which he admits was on the rocks well before the hotel incident. Although there had been widespread speculation about his sexuality over the years, particularly in Tallahassee, where he was mayor- he put the rumors to rest this week , telling Hall: “You put it out there whether or not I identify as gay and the answer is I don’t identify as gay, but I do identify as bisexual,” he said. Gillum and his wife, who was also interviewed, said he told her, before they married 11 years ago, that he was bisexual. However, they say they chose to be with each other despite his revelation and that they had a secret covenant and never planned to discuss it publicly. Until the Hall interview they never broke that promise.

But during the interview Gillum fell short of saying he went to the Miami hotel to have a gay encounter. Instead, he says he simply went to have a visit with a friend he’d met three months prior. He does, however, admit drinking in the room but says he remembers nothing else until he was awakened by a horde of police ofﬁcers questioning him.

A photo was leaked to the press of Gillum lying in the room, on the floor, naked in his own vomit. He denies having consensual sex. The friend had reportedly overdosed on meth and was not in the room when Gillum awakened.

Gillum was not arrested or charged with anything.

He told Hall that in the aftermath, he was at his lowest state and says he didn’t recognize the person in the photo and that someone shared the photo of him while he had been at his lowest possible point, lying in his vomit, unclothed. His wife was angry about the photograph too. “I wasn’t even sure I wanted to live- not because of what I had done, but because of everything being said about me,” he revealed, stating that he was most humiliated that the authenticity of his marriage was in question and people were questioning everything about his life.

Hall asked him whether he plans to one day go back into politics and whether that was even possible. The dapper-looking Gillum, 41, said he believes he can, if it’s God’s will. He says he can do anything he sets his mind to. He also points out he believes there’s still a place for him to help humanity.

Since the incident he has been to rehab and continues to work on self. He says he started drinking heavily before the scandal. His father, he says, was an alcoholic.

Political pundits say if he has any hopes of re-entering the political arena, speaking out was the ﬁrst step. They say it was a must.

Supporters took to social media to applaud his revelations while others say he is trying to straddle the fence by being bisexual and in a marriage. Nonetheless, he and his wife say they will continue to work on their marriage. He says her grace has helped him through this.

They have three small children.

Next post FAMU is the highest ranked public HBCU