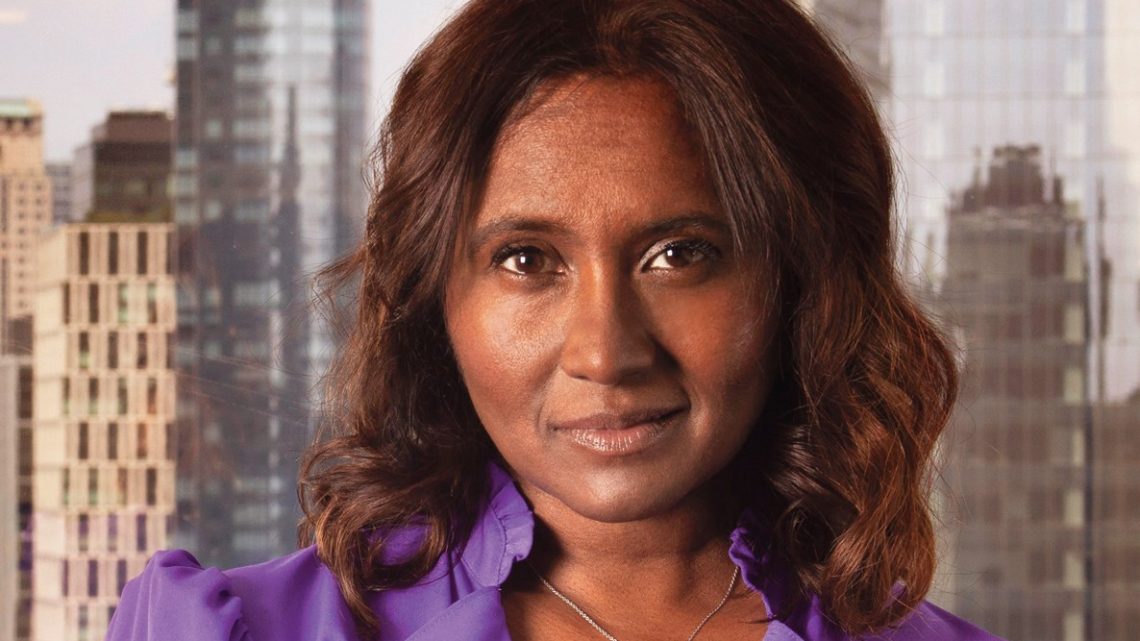 NEW YORK (AP) — The Associated Press appointed Daisy Veerasingham, its executive vice president and chief operating ofﬁcer, as the news cooperative’s president and CEO on Tuesday, setting her up to replace the retiring Gary Pruitt at the beginning of next year.

She will become the ﬁrst woman, ﬁrst person of color and ﬁrst person from outside of the United States to lead the AP in its 175-year history.

V. eerasingham, 51, is a ﬁrst-generation Briton of Sri Lankan descent. Her appointment speaks to the changing portrait of the AP, where 40% of the company’s revenue, double what it was 15 years ago, is now generated outside of the United States.

She’ll be tasked with continuing to diversify income sources. The AP, caught in the same ﬁnancial vise as most of the media industry, saw its revenue drop to $467 million in 2020, down more than 25% in a decade.

Veerasingham said she’s determined to maintain the AP as a source of fact-based, nonpartisan journalism, and to ﬁght for freedom of the press and access to information. The AP produces roughly 2,000 news stories, 3,000 photos and 200 videos every day, reaching more than half the world’s population.

“These are values that are core to the AP since its founding 175 years ago,” she said in an interview. “I think that they are actually more important today.”

Pruitt, 64, has led AP since 2012. The company has won six Pulitzer Prizes under his leadership, two of them this year, and had three other ﬁnalists for journalism’s top award in 2021.

He’s currently working with Veerasingham to ﬁnd a successor to Sally Buzbee as the AP’s executive editor, an appointment expected in a month or two. Buzbee was named executive editor of The Washington Post this spring.

“I’m most proud of the fact that the journalism at the AP excelled as we met the challenges of the marketplace,” Pruitt said. “AP is is in a strong ﬁnancial position to look forward to the future with conﬁdence and continue to provide a foundational news report to the world.”

The AP’s board of directors appointed Veerasingham in a meeting last week. She was named AP’s executive vice president and chief operating ofﬁcer earlier this year after two years as chief revenue ofﬁcer. Steven R. Swartz, board chairman and president and CEO of Hearst, called her a proven leader with a deep understanding of how AP operates and a clear vision for the future.

Veerasingham joined AP in 2004 as a sales director for AP Television News in London. She eventually became responsible for content licensing and marketing in Europe, the Middle East, Africa, Asia and Australia, leading the company’s expansion efforts. She has also led the expansion of AP’s video business into a fully digital operation that can provide live video on a multichannel basis.

As its core business of selling news to newspapers and broadcasters began shrinking, the AP has broadened its licensing efforts to other areas, like business and academia. It has also built a business licensing old photos and video, the latter through the purchase of a company that owned old movie newsreels. AP also makes money by providing studio space and news equipment to organizations, selling news software and election vote-counting and surveys. Further diversiﬁcation efforts are underway, including offering customized news reports and managing video for auctions held by companies like Sotheby’s, Veerasingham said.

“The AP is probably on the most solid footing it’s been on for a very long time,” she said. “I don’t think the world needs to worry about the future of The Associated Press. Do we have challenges ahead? Yeah, we’ve got to diversify our revenue and we’ve got to stabilize revenue in our core. But I think that is something we can actually do in the next three years because of the ﬁnancial strength we’ve built.”

Like many other companies, AP is expected to head back to ofﬁces in the next few months, although a hybrid approach that includes working from home will be in place at the start.

One of the things working through the pandemic taught her about AP “is that we are capable of much more than we thought we were,” she said.

Veerasingham worked in marketing jobs at LexisNexis and the Financial Times before joining AP. A trained lawyer, she has not worked as a journalist.

Upon retirement, Pruitt said he planned to split time between California and New York, and looks forward to taking classes at the University of California-San Diego.