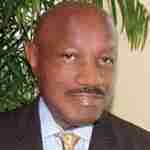 COOKING THE BOOKS? Gov. Rick Scott has not responded to calls for a forensic audit of the books at Bethune Cookman University (BCU), but now he may not have to. Documents obtained by the South Florida Times show the issue of alleged missing or unauthorized expenditures of $5.6 million was brought to the attention of BCU President Dr. Edison O. Jackson, who took no action to address the mounting controversy. Now, some chapters of the school’s Alumni Association are seeking intervention by the Internal Revenue Service.

INSURANCE SCAM The Florida Office of Insurance Regulation has approved the removing (cancelling) of another 127,266 policies from state-run Citizens Property Insurance Corporation. Citizens was created by the state legislature in 2002 for property owners who could not obtain property insurance with private carriers.  Now that the risks have stabilized, private companies are writing homeowners and windstorm policies again; and Republican legislators have made no secret that they want to kill-off Citizens because it competes with private insurance companies. 1.3 million policies were approved for cancellation in 2015. 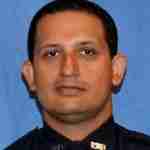 INVESTIGATION The Palm Beach Gardens City Council has vowed to get to the bottom of the death of musician Corey Jones by police officer Nouman Raja, who was hired on April 13, 2015. Raja shot Jones, 31, while he was on the I-95 exit ramp at PGA Boulevard waiting for a tow truck to arrive after his SUV broke down. Police say Raja thought the vehicle was abandoned and approached to inspect it.  He was driving an unmarked car and wearing plain clothes. Jones was shot after police say Jones produced a handgun. His legal and permitted handgun was found at the scene, and tests show it had not been fired. Raja has not completed his probationary period. Calls for his immediate firing were rejected. City officials say they will wait for the outcome of an investigation that is being conducted by the Palm Beach County Sheriff’s Office and the FBI. Raja is on paid administrative leave. 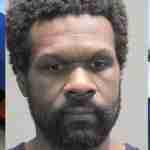 COUNTERFEITER CAUGHT In 2014, Artist Jean Losier, 41, was convicted in a Jacksonville federal court of counterfeiting and sentenced to five years in prison, where he remains. He has now pleaded guilty in a Ft. Lauderdale federal court to running the counterfeiting operation from his Wellington apartment. Federal agents say he altered one dollar bills to look like $50 and $100 bills and sold them for ten cents on the dollar. The $4.5 million in counterfeits bills could not be detected by dyes or scanners. Losier faces a maximum punishment of 20 years in federal prison.

DRIVE-BY MURDER Two men and a woman were hit during a drive-by shooting at a home located in the 5700 block of Northwest 21st Street in Lauderhill. The victims were outside the home when a dark-colored vehicle drove by and began firing shots. One of the male victims passed away at the hospital after hours of surgery. The condition of the other victims is unknown. Broward County Crime Stoppers is offering up to $3,000 for information about the case. Call them anonymously at 954-493-8477. 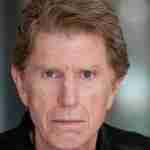 SHADOWGLADE Actor Daniel Wachs is starring in the science fiction thriller Shadowglade, along with Danny Klapadoras, Salvatore Verini, Michael Kantor, Al Burrows and Anthony N. Galizia. All except Wachs are Broward Sheriff’s deputies who wrote and produced the movie. The film will debut at the Fort Lauderdale International Film Festival on Friday the 13th. Be prepared for the cliffhanger at the end and if you are afraid of horror movies, stay away from this one. Call 954-525-3456 for further details. OLD NEWS Former Fort Lauderdale City Manager Floyd Johnson was let go by the City of Port Arthur, Texas and now his name is being mentioned for jobs in Broward. His former colleague, Assistant City Manager Greg Kisela is serving as city manager in Destin, a resort town on Florida’s Emerald Coast. Kisela’s use of a city-issued credit card to make personal purchases is being investigated by the Okaloosa County State Attorney’s Office. 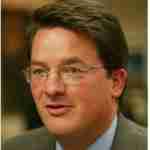 OPA-LOCKA The City of Opa-locka is facing a financial crisis, again. City Manager Steve Shiver says they are facing an $8 million budget deficit and checks written to numerous vendors have not been mailed because they will bounce. $3.4 million is owed to Miami-Dade County for utility services. Florida Chief Inspector General Melinda Miguel is reviewing the situation and has been advised that about $1.5 million in unpaid water bills are outstanding. However, the South Florida Times has obtained city documents which allege that one business, the Opa-locka Flea Market, has not paid its water bill for more than 20 years and now owes an estimated $16 million. It was brought to the attention of city officials. The issue is part of a state and federal public corruption probe. 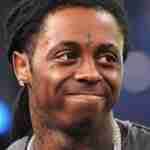 RAIDED The $11 million Miami Beach mansion of rap artist Lil Wayne was raided and police seized about $30 million worth of artwork and other valuables. Wayne was sued by Signature Group over his failure to pay his $55,000 a month private jet lease. The property was seized to pay the $2 million lawsuit judgment in that case. 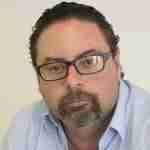 WHEN IT RAINS… Dade Medical College, located on Krome Avenue in Homestead, is closed and now owner Ernesto A. Perez has been named in a $1.5 million foreclosure lawsuit on the property. Perez was arrested on felony campaign finance violations for bundling donations to politicians. Monroe County NO CHARGES A substitute teacher at Sugarloaf School on Sugarloaf Key was under investigation for spanking a student. The Monroe County State Attorney’s Office has decided not to pursue any charges against the teacher. Sources say there was no abuse or bruises. 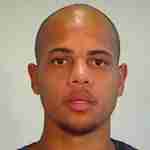 SHOOTING TRIAL Police released dash camera footage of a shootout between carjacking suspect Timothy Thomas, 25, and police. Thomas was being chased when gunfire was exchanged. Thomas was shot in the back and shoulder. He shot Monroe County Sheriff’s Deputy Josh Gordon in the chest, but the round was stopped by the deputy’s bulletproof vest. Thomas is charged with attempted murder of a police officer, four felony counts of possessing a weapon by a felon, property damage, burglary and two counts of altering a firearm’s serial number.

PHOTOGRAPHER CHARGED Richard Emerich, the renowned professional children’s fashion photographer from Vermont, is accused of taking explicit photos of underage boys in the Florida Keys and other locations around the state. He has been charged by federal agents. The names and other specifics about the victims have not been released.